Can You Take the Heat?

Can You Take the Heat? October 4, 2012 Kathy Tuan-Maclean

Before they married, Mama told Baba she wanted to raise her children as Christians.  He agreed, neglecting to tell her until after their wedding that he was actually an apostate.  Throughout my childhood, Baba’s apostasy brought out the energy in him.

“I,” he would proclaim, pointer finger in the air, chuckling with glee, deep dimples carving grooves into his round cheeks, “am an APOSTATE!  Ha ha!”

I never understood why he thought this was so funny, or what an apostate actually was.  Yet that this word merited not only the raised finger, but chortles and a devilish glint behind his tortoiseshell glasses, didn’t bode well for his eternal life in heaven.

When I found out that apostates purposefully leave their faith, presumably because they’ve lost all faith, I was even more horrified.  For while there may be some grace for those who backslide, for those who purposefully turn their backs on Jesus–chuckling no less–surely only damnation and the fires of hell await?

Then, when I was in 8th grade Baba came back to Jesus.  And I began to learn his faith history, a great story I don’t have space to give justice.  In sum, as the first Chinese to win an Open Scholarship to Oxford, Baba dreamt of becoming the first Chinese Oxford don (professor).  All this internal pressure led to a near nervous breakdown during his finals at Oxford.   A lady campus minister who loved internationals prayed with him and introduced him to Jesus.

4 years later, when his mother died of pancreatic cancer, he rejected the same Jesus who had saved his mental health.  Although the doctors saw no hope, Baba spent all night in the hospital chapel beseeching God for his mother’s life.  She made a turn for the better.  And then she died.

It felt like God didn’t just stab him with a knife, but twisted and turned it with glee.  He didn’t stop believing God existed.  He just didn’t want to follow a God who allowed such pain.  So he became an apostate for over 20 years.

Tomorrow, I direct a graduate student retreat with 201 attendees where we’ll study the story of Daniel and his friends with the theme “Can You Take the Heat?”  Sunday we’ll focus on Shadrach, Meschach and Abednego who are thrown in the fiery furnace for refusing to bow and worship the idol King Nebuchadnezzer creates out of gold.

Baba says if he had read or understood the faith of these 3 friends, he would never have become an apostate.  Like Baba, these men were international students living in exile.  Like Baba, they’d been extraordinarily successful.  But when faced with a crisis, they said:

King Nebuchadnezzar. . . if we are thrown into the blazing furnace, the God we serve is able to deliver us from it. . . But even if he does not. . . we will not serve your gods or worship the image of gold you have set up. Daniel 3: 16-18

In the same exuberant way he used to wave his forefinger and proclaim his apostasy, Baba now proclaims, “That’s what I didn’t understand!  Their God is ABLE to deliver them, but EVEN IF HE DOES NOT!!!!  They still will not bow.”

55 years ago, Baba’s fragile faith couldn’t handle God saying no.  It’s hard for me too.   But 55 years ago, in the furnace of grief, Jesus stood with Baba in the pain even if he couldn’t see Him.  And 35 years ago, Jesus welcomed Baba back–raised forefinger and all.

Sex and Superglue:  Talking with Kids in a Hook-Up Culture

My Theology of Parenting or Why I Gave Up Being God 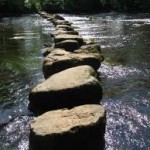 October 11, 2012 What Top 5 Attributes Do You Want to Pass On?
Recent Comments
0 | Leave a Comment
Browse Our Archives
get the latest from
Family
Sign up for our newsletter
POPULAR AT PATHEOS Family
1

Family
My Testimony
What She Said
TRENDING AT PATHEOS Family