I Am An Ultra-Marathoner (eeeeee!)

Three years in the making. That’s what yesterday’s achievement was.

Achievement? I’m not sure that’s the right word. It felt so much more colossal than that, and yet…so much less. At the finish, I simultaneously felt like I hadn’t done anything all that incredible, and like I’d conquered the universe.

I caught the bus to Duluth’s Spirit Mountain Trail Head at 7am, ready to go with an hour before the start of the 2012 Wild Duluth 50k Ultra-Marathon. I was freezing. But I hiked to a point and caught a couple pictures of The Beginning. When the race finally started at 8am, I felt so ready to tackle this thing. I’ve trained harder than ever before, and as best I could on the limited trails Minneapolis has to offer. I planned to take it slow and easy, but hoped I’d make it in between 7-8 hours. Given the elevation profile – 3706 ft gain, and 4263 ft loss over 31 miles – I knew I was crazy to hope for anything better than a 12 minute mile, and 13-14:00 pace would be great! So with the other 150ish runners, I made the initial descent down the ski hill onto the trails, and off we went.

Somewhere in the first mile, the lot of us had to cross a creek, which meant we were all running single-file for the first two miles. I didn’t know when runners would spread out, but I knew we would. So I relished the first few miles in the pack. It was in that first leg that I found myself following Nick, another first-time ultra runner, and wondered when we’d lose each other… but for the time, I was grateful for the course companion.

Around mile 4, runners had spread out a bit more, and I was ascending between miles 3-6 on my own. Soon enough, Nick came up behind me. I told him to go ahead and pass if he wanted, but he just came up beside me and we got to talking. I have no idea how it happened – it was totally unexpected – but we ended up running the entire race together, finishing just minutes apart. Most who’ve run any kind of trail race know you may run with various others for a few miles at a time, and then one or both of you will end up moving ahead or falling back (which happened with a couple other runners over the course). But I linked up with Nick at mile 3, and even after I left him at the third aid station, around 11 miles, Nick caught up to me and we just stuck together.

Paul met me at mile 6.9 to feed me, but I didn’t need it, so Nick and I just kept on. At the 15 mile aid station, I met up with Paul again and geared up for the 6.8 miles to the next aid station – the longest leg of the course. In the middle of that, Nick and I linked up with a seasoned ultra runner, Kurt, who ran with us from mile 9 or so through mile 25. I expected the 6.8 leg between 15 and 22 miles to be the absolute worst, but I could not have been more wrong.

At the 22 mile aid station, Paul met me again, along with my good friend Lesley who was set to pace me through the last 8 miles of the race. Having fully expected to spend most of the day alone on the trails, I wanted a fellow runnerd with fresh legs and positive energy to carry me through the end. I warned her that I might be supremely happy or devastatingly bitchy, and not to take personally any of the myriad things that might result from 22 miles of deleriousness on the trails. Thank God she was ready, cause she saw it all.

The four of us – Nick, Kurt, Lesley and I – left 22.7 miles with 8.2 to go, feeling really great and ready to tackle a normal day’s easy run. And for the first 3 or 4 miles, it really was great! We were in Kurt’s backyard, so he was prepping us for the beauty up ahead, and at our easy 13:00 pace, we were really loving it.

I don’t know where, but my mood very suddenly changed. I personally went head-to-head with the Stages of Ultra Insanity, moving from elation to hatred of these damned trails, to feeling like surely I would die, to weeping at the prospect of impending doom, to hating Lesley and her fresh legs, to anger at the world in general and specifically my pathetic body, to refusing to give up simply because if I did, I would slit my own wrists come the morning, to finally feeling like I could finish strong.

And at some point, while Nick and I simultaneously lamented our achy bodies, our disbelief at how much easier it was to run up-hill than down, and generally complaining about everything imaginable, Kurt busted out ahead, leaving Nick and me to wonder how the hell he was still moving, let alone running, and leaving Lesley to deal with the crazies. We spent quite a bit of that hour and a half in silence, struggling up and down hills and wondering when – if ever – they’d finally go away.

When we finally came into the last aid station at 27.8, I was feeling like hell and thanking God I only had a 5k left to go. I gobbled down some potato chips (which have never ever tasted so supremely delicious), sliced potatoes (also amazing), guzzled some orange pop and heed, and went off for the last leg. I thought surely I’d be able to finish strong.

Alas, it was about that time when my right hip flexor, which had been feeling funny and painful for about five miles, flared up and started screaming. Not long after that, my knee joined in the protest. Those last 2.8 miles to the actual trail’s end were hell on my leg. I’ve never, in all my running, experienced this kind of pain. It was constant, throbbing, and intense. There were moments on down-hills when I was sure my ACL or MCL was going to snap and I wouldn’t be able to finish. So I pulled back, walked those hills, cursed my leg and kept going, reminding myself I was literally 30 miles into a 31 mile run.

Coming around the final corner into the finish line, I even felt that God-forsaken dread pain every runner fears: the shot of death up the center of my left foot (my LEFT foot!? My RIGHT leg was the one giving me trouble!!). But quit I did not, or even slow down. I limped and I shuffled, and after about 7 hours and 15 minutes of all-day running/hiking/climbing/shuffling and swearing I would never, ever do this again, I came around that corner to see Paul and Matt recording my last steps as I cried my way through the finish line to claim the long-coveted title of ULTRA-MARATHONER.

I know we ultra-runners (Yep! That’s me! I’m an ULTRA-RUNNER!!!!!) are completely insane. That we punish our bodies for no good reason other than to say “you WILL obey me!” I know even most runners – marathoners included – just don’t get it. And I won’t lie: there is absolutely no logic behind this. Nick and I agreed around mile 25 that we were both totally insane, and that we’d never do this again. To which Kurt replied, “Yeah right. Tomorrow morning, as you’re icing your legs, you’ll get online and sign up for your next one.” And he was right.

It’s totally unreasonable. But it’s a drug, too. Because today, even as my quads still scream and my knee says, “please be careful!” I’m planning my next ultra.

Because running is more mental, spiritual, and emotional than it is physical.

And more than anything else, I will keep running ultra-marathons because this community is exceptionally amazing. I ran my first half marathon in Nashville with 30,000 other runners. Yesterday, I ran 31 miles with 250 other runners, 100 of whom were running 62 miles, and still managed to encourage me along my way. Not one of them was anything but kind. This is a community of runners who actually know each other (I can’t count how many people Kurt knew on the trails, and another guy we ran with for a bit – Zach – seemed to literally know everyone), who share this common insanity, and who are genuinely better people for it.

If you want to see God in all His unspeakable splendor, and meet authentically kind and generous people who truly know how to bear each others burdens and rejoice together, forget church: go run an ultra-marathon. Among them you will find soul-mates, people who know exactly what you’re going through and can guarantee you won’t die – even if it means they have to sacrifice their own race time to shuffle with you across the finish line. And you will see God – in the landscape and terrain, in the friendly runners who keep you going, in the power to finish that comes from “nowhere.”

So here I am, the day after. I’m still in pain, but it’s not as extreme as it was at the finish. All that talk of “I’ll never ever doing this again!” is finished. (“Wait till next year – I’ll run a 50 MILER!”) I feel like every mile of training and racing was worth it. I feel more passionate about running, and what it does for the whole person, than I ever have. And I feel like the race in general was a lot like marriage: You can only be so ready for it, and you’ll still get to a point (or a few) when you go, “Wait. No one told me it would be like this!” So you trudge through to the end, and you never regret it for a moment.

God is good to give us bodies, and trails on which to use those bodies to enjoy His glorious creation. What fools we would be to forfeit the gift, preferring to sit still and look out our windows instead.

October 1, 2012
The Tomb, The Womb, The Imposter, and The Beloved
Next Post

December 18, 2012 From the Ground Up
Recent Comments
12 Comments | Leave a Comment
"cool."
Brandon Roberts Your Little Heart (new song)
"glad your meltdown didn't go too bad."
Brandon Roberts Meltdown in Babytown
"even if you don't believe in trans people having legit reasons to identify that way ..."
Brandon Roberts When You Unwoman a Trans Woman, ..."
"good."
Brandon Roberts God, The Gays, And For the ..."
Browse Our Archives
Follow Us!

Andy Stanley and Charles Stanley -...
Paperback Theology
Related posts from Who We Choose To Be with Amy Courts 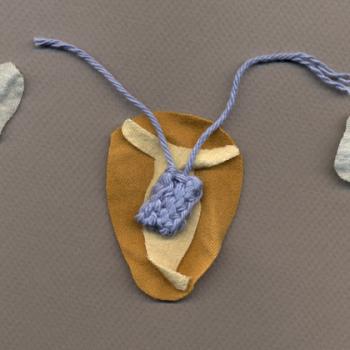 Progressive Christian
When You Unwoman a Trans Woman, You Unwoman...
Who We Choose To Be with Amy Courts 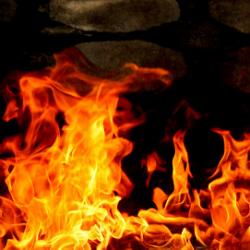 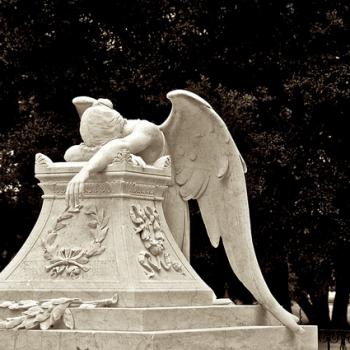