The Chaplain’s War by Brad R. Torgerson  (Baen Books, September 2014; Available in paperback, Kindle, and audiobook), reviewed by Bob Smietana. Read a Q and A with Torgerson here.

The world of science fiction is filled with swashbuckling heroes—from Captain Kirk and Buck Rogers to Luke Skywalker and Peter Quill the Star Lord—who save the galaxy from the evil schemes of monstrous aliens by defeating them in battle.

But who is left to pick up the pieces when those heroes fail?

And he’s got a quite a mess to clean up in the The Chaplain’s War, a new novel from award winning science fiction writer Brad R. Torgesen.

It’s the 22nd Century, and humankind is at war with the Mantes, a race of cyborg aliens who resemble giant praying mantises. Armed with superior weapons and a relentless drive to conquer, the Mantes are about to eradicate humanity from the universe.

Humans are losing badly, and there’s little hope for the future.

But most of the war has passed Barlow by.

He and his fellow prisoners were captured during a failed invasion and are stuck in prison camp on aptly named planet of Purgatory. They spend their days eking out a meager existence behind a massive energy shield know simply as “The Wall.”

Barlow, an enlisted man, is caretaker of small chapel at the prison. He lights the lamps, sweeps the floor and keeps the doors open. He does this to keep a promise to his former boss, a Baptist preacher known as Chaplain Thomas, who died of wounds he received during the invasion.

At first Barlow balks when Thomas asks him to build a chapel.

He’s a chaplain assistant—charged with guarding the chaplain and taking care of the behind the scenes work for his boss. But he has no formal religious training. His own faith is shaky at best.

Then there’s a more practical matter. Barlow tells Thomas he has no clue how a chapel should be built.

No matter, Chaplain Thomas tells him. The people need a place to seek solace, and it’s Barlow’s job to help them.

“Noah built an ark with nothing but the power of God to guide him,” says Chaplain Thomas. “Surely you can put together something with four walls and a roof? If you want to do something for me, Harrison Barlow, you will build me a chapel. Keep it clean. Keep it neat. Make sure anyone and everyone is welcome. So that they can come in, sit down, maybe talk about their problems, and seek some peace of mind.”

So Barlow builds a simple chapel of stone, equipped with an altar, some rough pews, and few oil lamps. People come in to pray and seek comfort and life settles down into some form of normality.

Then one day, a Mantes researcher known as the Professor shows up, asking about God. Turns out that the Mantes—who have no concept of spirituality—are perplexed by the chapel and human devotion to faith.

Twice before Mantes have run into civilizations that had spiritual practices. Both were wiped out before researchers like the Professor had the chance to study them.

Now time is running out on the humans too. The Professor tells Barlow that the Mantes plan to eradicate all the prisoners, along with the rest of humanity, in what’s known as the “Fourth Great Expansion”—the alien version of Manifest Destiny.

All that stands between humanity and extinction is one lowly chaplain’s assistant.

What follows is an utterly engaging tale, full of surprises—and more than a few explosions thrown in good measure—where Barlow tries to explain God to a completely alien race and hold off Armageddon.

This is a story that could have gone wrong in a thousand ways. The elevator pitch for this tale is basically “Starship Troops comes to Jesus”—and it could have been preachy, or overly sentimental, or just plain dreadful.

After all—outside of the Force in Star Wars—there’s not much room for God or faith in space operas like this. And “Blessed are the peacemakers,” is rarely seen as an effectively survival strategy in wartime.

Yet Torgesen shows a deft hand, delivering a surprisingly satisfying and engaging tale.

A longtime Army Reservist and self-described “IT geek,” Torgesen’s been honing his writing craft since the early 1990s. He started out by writing scripts for a sci-fi radio serial, then turned his attention to shorts for magazines.

By the 2009, he’d amassed about 850,000 words of unpublished work—short stories, failed book ideas, and other projects that never panned out. Along the way, he says, he learned the craft of telling a good story.

After more than 130 rejection letters, he got a call from the annual “Writers of the Future” contest, which accepted one of his stories in 2009. That led to more published stories in magazines like Analog Science Fiction and Fact and InterGalatic Medicine Show, where his work has been nominated three times for Hugo awards.

He got the idea for “The Chaplain’s War” during a writer’s workshop, where the assignment was to write a story about humanity on the brink of disaster.

What if, he thought, humanity faced an alien enemy that it could not defeat on the battlefield? If victory in combat is not an option, then what?

“War with aliens has been done to death,” he said in an recent phone interview. “I wanted to try to make this war something different than, ‘We beat back the aliens with our photon torpedoes—and it was awesome.’ There’s nothing wrong with those kinds of stories—but I wanted to do something different.

Torgersen also wanted to write about an ordinary soldier—not a pilot or infantry commander or someone whose main job is combat.

After all, most people in the military, the cooks and technicians and office clerks, never see combat. But their work still matters, Torgersen said.

“Bravery in uniform can take a lot of forms,” he said. “It’s not always picking up a grenade, pulling the pin and charging a machine gun nest. We get that a lot in movies,” he said. “But there are a lot of ways to be brave.”

That’s particularly true for a character like Barlow, who has no power to force the Mantes to stop their planned attacks on humanity. Instead he has to convince the Professor and later the leader of the Mantes, known as the Queen Mother, that human beings deserve the chance to live.

Early on, it appears that his efforts with the Professor have failed. He and other prisoners discover the wall that encircles their camp is contracting. Anything that contacts the wall is instantly disintegrated, and so the prisoners appear doomed.

In response, Barlow and his fellow prisoners throw themselves into putting the chapel into tiptop shape.

“I found myself welcoming every little crack in the mortar, hole in the roof, or rotted slat of wood in the doors and shutters. Fixes that might have taken me only minutes before, now took hours…. I gave them the attention of a craftsman,” Barlow says at one point. “…The place almost hummed with energy—everyone displacing his or her fear into the work itself.”

That’s a typical response by Barlow in The Chaplain’s War.

No panic or no Pollyanna optimism but instead a steadfast commitment to the work that’s been set before him.

Torgesen made a wise decision early on to cast Barlow as a chaplain’s assistant rather than a full-fledged chaplain. As a layperson whose faith is shaky at best, Barlow isn’t tempted to preach or to supply answers in the way that an ordained minister would have to do—both things that might have undermined the story.

Instead, he and the Professor—and a few others they meet along the way—have to find a solution on their own. They have to build a believable friendship, one strong enough stop a war.

The Chaplain’s War is worth reading to find out.

December 9, 2014 Parable for a broken marketplace: the movie "Nightcrawler"
Recent Comments
0 | Leave a Comment
"The book is full of absurdities like the idea that only white Christian Europeans had ..."
Setsurinvich Faith in a rational God: The ..."
"I believe far too few idealists ask themselves why the third world is so impoverished ..."
MWH Saving the world and losing your ..."
"The "Economic Wisdom Project" appears to be an effort to introduce libertarianism into evangelical seminaries ..."
RustbeltRick Following God in business…and lots more ..."
"I didn't mean you specificially. I should have written "Do ONE come down hard on ..."
Houndentenor The Virtues of Capitalism by Austin ..."
Browse Our Archives
get the latest from
Best of Patheos
Sign up for our newsletter
POPULAR AT PATHEOS Faith and Work
1 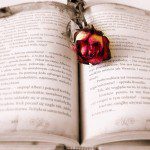