There are, if you will, three overlapping worlds.

The world of delusion. This is the world in which people, sometimes harmlessly, believe that so-called reality TV shows depict real people in real circumstances and that these shows impart genuine life lessons. This is the world of Donald Trump and his sycophants. Only in a delusional world would anyone presume that a braggart like Trump is competent to uphold United States interests in Asia or the Middle East, and intelligent enough to comprehend the weighty matters of domestic policy. The delusional world is not sophisticated enough to have Christmas—no matter what its inhabitants think.

The mechanical world of commerce and science. This is the world of stores and shipping docks and wine bottles. Objects in this real world are just what they are—metal, glass, cardboard, numerical figures, satellites in outer space.

The magical world of poetry, symbols, mystery and love stories. This is the world in which objects (stores and docks and wine) are invested with an intangible layer of meaning.

The real world can ruin Christmas by shortchanging the spiritual. The world of science, reason and commerce is indeed capable of reducing the value of each person and each thing to its short-term utility. For example, in a world without symbolism (even low grade symbolism) the hi-def TV displayed at the store is a stronger holiday statement than the decorative ear pods simply because the TV costs more, even if the ear pods come with remote. There’s no magic in a totally material world, only tedium. A world without flights of faith is ultimately self-destroying.

The spiritual world can likewise ruin Christmas by denigrating the real world. The Keep-Christ-in-Christmas crowd designs the battle in a way that makes all manufacturing and commerce and frivolity morally suspect. When these culture warriors (be they liberal or conservative) control the microphone, the little charming enchantments of the mall, the office party or the grocery store feel wrong. The warriors box the Christmas spirit into a corner where it ironically has to talk back to commerce in the language of science and the market. For example, in their attempt to put a spotlight on the Virgin Mary the culture warriors reduce the miracle of her baby to an argument over biology.

The best Christmas is a beautiful mix of the real world and the symbolic world. A convincing Advent preacher has to illustrate how grace builds upon nature. The preacher has to show that commerce and science reveal the mystery of God’s original creation and Incarnation. The effective Advent preacher has to name and celebrate God’s on-going creation and Incarnational redemption in the real world; that is, she or he has to point to the continuation of Christmas. Real time Christmas occurs daily where God’s analogues or God’s people go about fashioning a new home outside of the once perfect Eden. Advent people need not consciously think about God’s plan as they attend to tasks in the store, around the home or in the community. An effective preacher can remind them on Sunday that as they did things well during the previous week and as they honored the common good, they set up opportunities for Christmas encounters.

A retail clerk gives friendly advice to a middle-aged husband shopping for his spouse. A judge goes to the regular lunch spot across from the municipal building. He goes a step beyond the standard gesture of dropping coins in the perennial beggar’s cup. He recklessly sets the beggar up at the bar with two free drinks. The student holds open the door of the el (Chicago’s subway) while the young mother hoists her shopping packages and baby onto the train. He instinctively knows that the mother’s name is Mary. The hard-driving bottom-line manager moves out of character and takes the entire office out for dinner. He sings foolish songs and tells silly stories.

A good Advent preacher can wrap sacramental meaning around the incidents of daily work and family life. If the urge to complain about the frenzy of commerce in December is too great, write a blog. Just keep the boring negativity out of the pulpit. 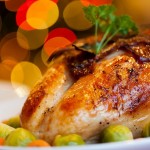 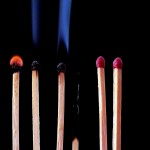 December 12, 2015 Who Is Next
Recent Comments
0 | Leave a Comment
"Bill-I observe that subsidiarity/localism is actually a big issue. Some of the alienation that is ..."
Chicagoan Localism
"l think that this commentary by Bill Droel offers a perspective that can help the ..."
Chicagoan Turning To Politics
"Droel commits the sin of lying to the innocent and unable to defend themselves. He ..."
I Love Libertarians Strikes
"I propose that the best way to help working class people in the US is ..."
bill wald Extreme Capitalism
Browse Our Archives
Related posts from The Working Catholic

Faith and Work
Flee the World?
The Working Catholic