The term intrinsic evil is appropriate in a philosophy or theology classroom where students are presumably acquainted with some Aristotelian distinctions. Used in a presidential campaign, the term asks too much of electoral politics. Our U.S. Catholic bishops employ the term intrinsic evil a dozen times in their 2016 election guide, Forming Consciences for Faithful Citizenship. The term’s use there is, in the opinion of “The Working Catholic,” one more example of moralizing; one more ingredient in the disenchantment and frustration of our citizenry.

Politics is a “messy, limited [and] muddled activity,” writes Bernard Crick (1929-2008) in Defense of Politics (University of Chicago Press, 1962). Yet it is the most beautiful way of balancing public interests, lifestyle choices, conflicting rights, interwoven responsibilities and changing times. Politics (with its laws or policies) is always imperfect because politics is an exercise in this-worldly approximate justice. Its results at sunset must be renewed through the exercise of public virtues tomorrow morning.

“The passionate quest for certainty” is a great enemy of politics, Crick warns. “We must not hope for too much from politics.” Crick’s point is not that all politicians are immoral dealmakers. His concern is the mindset of citizens. Crick wants to strengthen democracy, which is the only alternative to all types of dictatorship. Principled people who want “total victories,” who “refuse compromise,” who have “ridiculous expectations,” and who eventually are disgusted with government actually destroy participatory democracy. Not every disagreement can bear the weight of high morality. Politics and public policies cannot fulfill the quest for moral certainty.

It is a serious sin, says Catholicism, to knowingly and willingly obtain a direct abortion and formally cooperate in abortion. The 58million abortions in the United States since 1973 are indictments on a society that values individual liberty disproportionately over community and that cares too little about eradicating poverty and supporting family life.

The number of abortions has decreased and can potentially decrease further in part through the daily practice of messy politics. Too much moralizing, however, makes politics impossible.

In a sensible tone Bishop Robert McElroy of San Diego, writing in America (2/15/16), defends the bishops’ voting guide. There are several issues that require a well-formed Catholic conscience—immigration reform, safeguarding workers, the conduct of war, abortion, governmental policies on marriage and more. Neither electoral party supports the Catholic approach to all current issues. So once inside his or her voting station, what is a Catholic to do?

“Voting for a candidate whose policies may advance a particular intrinsic evil is not in itself an intrinsically evil act,” says McElroy. Contrary to how the term intrinsic evil is often waved about, McElroy refreshingly explains that “it is not a measure of the relative gravity of evil in human or political acts.” Thus, it “cannot provide a comprehensive moral roadmap for prioritizing the elements of the common good for voting.” That is, it is an error to give one’s vote to Candidate A just because her intrinsic evil score is minus two, whereas her opponent’s score is minus four.

Though McElroy makes important points, “The Working Catholic” is not a fan of the bishops’ voting guides—this year or in years past. Is there an alternative to Forming Consciences for Faithful Citizenship? “The Working Catholic” makes this suggestion: The whole church might year-after-year invest in local citizenship programs that teach public skills, sensitive to Catholic doctrine. Such programs might include labor schools, quality community organizations and top flight adult education efforts. Such programs would not include so-called Catholic lobby groups. Lobbying is standard procedure. But a lobby group is not designed for the patient effort of citizen education; it already has an agenda. 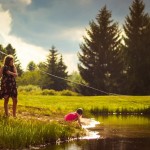 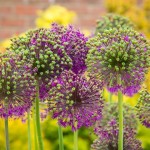 Faith and Work
Flee the World?
The Working Catholic