Our Chicago White Sox are “in rebuild mode,” according to their front office. Progress is uneven. Two promising pitchers are out for the season. A left-handed slugger is back in the minor leagues. Defense is spotty. Yet, a couple infielders are hitting. The pitching is coming around. And once the clouds clear, the ballpark is sparkling. The Chicago Cubs are the prototype for rebuilding. They won the 2016 World Series in November of that year and thereby “broke the curse.” (See The Cubs Way by Tom Verducci, Penguin Random House, 2017.)

All institutions are in the rebuilding mode, except those that implicitly or explicitly have given up. Institutions use two grand strategies that ideally complement one another. One can be called the business model, the other is organizing.
For example, within the union movement business unionism refers to servicing the contract. Health care plans and pension plans require attention. The union officers help individual members or small groups who have a grievance. For the sake of public profile and influence, union leaders attend banquets and visit legislators. They publish a newspaper and distribute union information. Organizing in the union movement is about giving the union’s accomplishments away to other workers and families.
Though both approaches co-exist, the business model often dominates. Some union leaders might say that a well-serviced contract will inspire other workers to seek out the union. But in this day and time there are too many shortcuts around the tedious process of organizing one-by-one and then small group upon another small group. Too many shortcuts sap money, talent and imagination from an otherwise good institution. In time, the union realizes that its neglect of organizing has made its future less promising. (See No Shortcuts: Organizing for Power by Jane McAlevey, Oxford University Press, 2016.)
A parish, to give a second example, uses the business model to competently carry out many ministries: funerals, weekend worship, hospital visits, publishing a bulletin, raising money, maintaining the furnace and parking lot and lots more. Things must get done. A pastor who likely is past middle-age and who is the only priest on staff might reasonably say that servicing those who already participate is, under the circumstances, the best advertisement for growing the parish. Once again organizing (or in churchy jargon evangelization) is more-or-less neglected.
A shortcut is a bulletin announcement for young adults: “Pretzel, Beer and Bible Evening.” Then a staff person waits for someone (anyone) to show up. Organizing in a parish is a pastor or parish leader who makes appointments with young adults at their worksite or over lunch to listen and possibly discover points of connection between the young person’s interests and the Christian tradition.
A shortcut is to keep a shelf of canned goods and a few heavy coats on hand in the parish office for the needy. Organizing in a parish means a pastor and committee members make appointments with many leaders from other area churches and agencies to explore community concerns.
A shortcut is a dedicated hospitality committee that serves coffee and rolls after Mass. Organizing in a parish means 20 of its leaders gather for about 45 minutes once a month to recount what they learned from a quota of individual appointments with fellow parishioners and community members.

Some shortcuts are unavoidable and usually do no harm. Serving the base and organizing can in fact nourish each other. When either one is taken to an extreme, however, it destroys itself. Extreme organizing to the neglect of serving the regular base erodes the loyalty of faithful union members or faithful parishioners. The organization’s collective memory can be lost and soon enough few people will really care if the organization grows.
In recent decades the opposite extreme has been the norm. Most voluntary organizations have overused the business model. Their leaders assume that habitual shortcuts are a sufficient route to the future.
In our day and age the union movement and parish life (the examples used in this article) must be in the rebuild mode. To revitalize necessarily requires a deep understanding that the process is the product and that too many shortcuts defeat the goal.

There are no guarantees. We make choices. The trade of Chris Sale may or may not pay off for our White Sox. Prospects that show promise in AAA or AA may or may not perform here on 35th St. Key players like Carlos Rodon can be lost to injury. The same is true in voluntary groups. A dedicated parishioner or union leader may or may not have enough energy to help with a three-year rebuild. No guarantees. Instead, a series of choices: business as usual or organizing. 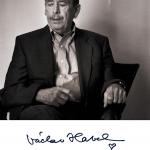 The Forms of Stewardship
Oikonomia
Related posts from The Working Catholic