The term populism is wrongly applied to authoritarians like Viktor Orban in Hungry and Recep Tayyip Erdogan in Turkey or to right-wing politicians like Marine Le Pen in France or President Jair Bolsonaro in Brasil. Nor does it have anything to do with those inspired by former president Donald Trump, writes Thomas Frank in The People, No (Henry Holt Co., 2020).

To use the word populist to describe demagogues and wannabe revolutionaries inverts its meaning. This error leads to a misdiagnosis of social problems and then to inadequate responses. The careless use of populism also adds credibility to big money and big government because they become perceived as protectors against the rabble. The term’s misuse—deliberately or thoughtlessly—harms genuine populism, the one “tradition that has a chance of undoing the right-wing turn,” says Frank.

The People, No tells the history of genuine populism. The word was consciously invented in May 1891 aboard a Topeka-bound train to describe a movement affiliated with a brand new third political party. Its adherents came out of a farmers’ cooperative movement and soon enough out of the Knights of Labor. It was a constructive movement promulgated through a speakers’ bureau, lending libraries, rural newspapers and local electoral campaigns. Its issues were regulation of railroads, federal loans to farmers, electoral reform including women’s suffrage and direct election of U.S. senators, free trade, tax reform and infrastructure jobs for the unemployed. “Populism as its proponents understood it” despised tyrants and actively opposed white supremacy, says Frank. Its overarching goal was “working people coming together against economic privilege.” Populism was an effort “to tame,” not overthrow, the late 19th century robber baron capitalist system.

Fr. Angus Ritchie agrees. Much of what is nowadays called populism—from the right and from the left—is fake, he writes in Inclusive Populism: Creating Citizens in the Global Age (Notre Dame Press, 2019). It is not “rooted in the lives of the people it claims to represent.”

Ritchie provides this context: Our default philosophy is “secularizing liberalism.” (He means liberalism in the classic philosophic sense, not as in liberal Democratic Party. He means secularizing in a proscriptive sense, not in a neutral sense. Secularizing contrasts with a genuinely pluralistic secular society.) The failings of secularizing liberalism open doors to unrefined anger, short-sighted identity groups and an impoverishment of public participation; what Ritchie calls “anti-political populism.” The fuel for fake populism comes from mistaken analyses—deliberate or ignorant—of trends in migration, religion, economics and more.

Specifically, Ritchie details, our default social philosophy ignores the mediating structures that stand between the ragged individual and the big forces of government and business. Thus social and cultural policies “are not the product of a shared process.” And without any positive experience of power rooted in the moral sources of local groups, the poor and working-class are further alienated from the assumptions of Wall St., Silicon Valley, Hollywood, the Beltway and other elites. (Timothy Carney makes this same point in his intriguing Alienated America: Why Some Places Thrive While Others Collapse, Harper Collins, 2019.)

Secularizing liberalism encourages social groups to be competitors, rather than collaborators in the common good, Ritchie continues. It assumes that when various religious groups enter the public realm only discord will occur. And so, religion is confined to private practices.

There is “a healthy and inclusive populism,” Ritchie finds. It realizes that rooted convictions “have an important role to play in moving us beyond liberalism’s narrow, technocratic conception of politics.” Community organization is one practice of this healthy populism, he says. His case studies come from those organizations affiliated with Industrial Areas Foundation (www.industrialareasfoundation.org) and from the IAF counterpart in Great Britain, Citizens UK (www.citizensuk.org). “The practice or organizing does not always live up to” its promise, Ritchie admits. Nonetheless, his account shows these organizations to be highly reflective. Their successes warrant a second essay. To be continued…

February 12, 2021 Populism, Part II
Recent Comments
0 | Leave a Comment
Browse Our Archives
get the latest from
The Working Catholic
Sign up for our newsletter
POPULAR AT PATHEOS Faith and Work
1 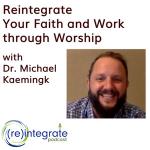