Fair or Generous at Work?

Do you want a boss who is fair, or one who is generous? If you are an employer, do you want to be fair or generous with your employees, your customers, your suppliers, even your competitors?

Of course, that’s not the way it is in the kingdom of God. There, generosity is the goal and even the norm. Here’s a story Jesus told from the Gospel of Matthew:

God’s kingdom is like an estate manager who went out early in the morning to hire workers for his vineyard. They agreed on a wage of a dollar a day, and went to work.

Later, about nine o’clock, the manager saw some others hanging around the town square unemployed. He told them to go to work in his vineyard and he would pay them a fair wage. They went.

He did the same thing at noon, and again at three o’clock. At five o’clock he went back and found still others standing around. He said, “Why are you standing around all day doing nothing?”

They said, “Because no one hired us.”

He told them to go to work in his vineyard.

When the day’s work was over, the owner of the vineyard instructed his foreman, “Call the workers in and pay them their wages. Start with the last hired and go on to the first.”

Those hired at five o’clock came up and were each given a dollar. When those who were hired first saw that, they assumed they would get far more. But they got the same, each of them one dollar. Taking the dollar, they groused angrily to the manager, “These last workers put in only one easy hour, and you just made them equal to us, who slaved all day under a scorching sun.”

He replied to the one speaking for the rest, “Friend, I haven’t been unfair. We agreed on the wage of a dollar, didn’t we? So take it and go. I decided to give to the one who came last the same as you. Can’t I do what I want with my own money? Are you going to get stingy because I am generous?”

What are we to make of this story? It is obvious that no one can run a business like this. It is unfair on the face of it! Yet Jesus’ view of the kingdom of God is not Utopia or heaven, it is a vision of a new way of relating authentically to one another “on earth, just as it is in heaven,” which means we should be both willing and able to operate that way in the here-and-now.

This is the first entry in a blog I am calling +WORKmessages. I intend to explore questions about daily work—on our jobs, with our families and loved ones, and in our civic and community involvements—through the lens of the Bible, using the provocative contemporary-language translation by Rev. Eugene Peterson and William Griffin found in The Message: Catholic/Ecumenical Edition, which is published by my company.

Each blog will be under 900 words, like this one, and I will not be trying to present simple answers to complex questions about the nature of work and what the Scriptures say about it. I will be presenting real questions that I have about how we can do our work—both paid and unpaid—while remaining faithful to God. I am a publisher and businessman, a husband and father of three twenty-something young adults, an active leader in my community, and a member of a Christian congregation. I will post these blogs every two weeks and try to participate in the ongoing dialogue that I hope they engender.

So, do you want an employer who is fair or one who is generous? Or is that the wrong question? What does it mean to be a “Christian” in the workplace? Or does that lead to certain failure? Is it possible to be both fair and generous in our daily work? What would that look like?

I never understood this parable until I heard a homily on it by a Catholic priest, Fr. William Burke, a few years ago. He did his entire sermon using the persona of the detective played by Peter Falk in the old TV show “Columbo.” When he was finished, he turned to go back to the altar, stopped halfway, turned back to the congregation the way Columbo would have done, and said, “Oh, and just one more thing: We were all hired at five o’clock.”

(Gregory F. Augustine Pierce is the president and publisher of ACTA Publications in Chicago and the author of The World As It Should Be: Living Authentically in the Here-and-Now Kingdom of God and Spirituality at Work: Ten Ways to Balance Your Life On-the-Job.) 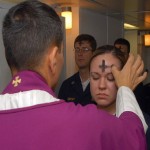 February 8, 2015 Should you wipe your forehead before going into work on Ash Wednesday?
Recent Comments
0 | Leave a Comment
"Nice Post..."
Unlisted Shares Dealers The Meaning of Work Is Love
"As a bindi-wearing Hindu, I'm happy to see others displaying their faith in these small ..."
Ambaa Should you wipe your forehead before ..."
"Thanks for what promises to be a practical and helpful blog. I prefer bosses who ..."
Kathleen Glavich Fair or Generous at Work?
Browse Our Archives
Related posts from +WORKmessages

Faith and Work
The Meaning of Work Is Love
+WORKmessages

Faith and Work
Should you wipe your forehead before going into...
+WORKmessages
TRENDING AT PATHEOS Faith and Work