Should Jain Ritual Suicide be Legal?

An Indian High Court recently ruled that elderly Jains could not commit ritual suicide called Sallekhana. An activist in Rajasthan argued that “Jains were being encouraged to take the vow to free families of the burden of taking care of them,” according to NDTV.

Jains deny the charge and see ritual suicide as voluntary occurring only “when both householders and ascetics foresee that the end of the life is very near either due to the old age, incurable disease, severe famine, attack from the enemy or wild animal, etc.”

According to the Jain nun in William Dalrymple’s essay called “A Nun’s Tale,” “sallekhana is not suicide. It is quite different. Suicide is a great sin, the result of despair. But sallekhana is as a triumph over death, an expression of hope.”

With suicide, death is full of pain and suffering. But sallekhana is a beautiful thing. There is no distress or cruelty. As nuns our lives are peaceful, and giving up the body should also be peaceful. You have the Tirthankaras’ names on your lips, and if you do it slowly and gradually, in the prescribed way, there is no pain; instead there is a gentle purity in all the privations.

Last week, Jains rallied refusing to work, according to The Times of India. They also began a campaign to educate Indians about Sallekhana.

Here’s a clip from NDTV about the controversy.

Are the Jains right? Should sallekhana be allowed? 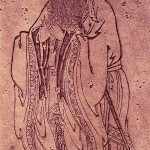 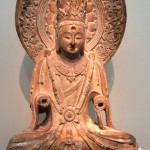