I’ve just listened to the recording of your sermon at Hendon synagogue in London last Sunday night (18 Oct) at a prayer gathering to remember Israeli Jews killed by Palestinians in recent weeks.

The key sentiments you expressed in your talk were commendable. There is indeed “an urgent need for communication” and “the healing of relationships”.

But if that’s what you really believe then the rest of your sermon was an object lesson in how not to achieve either “communication” or “healing”.

Before I go any further, let me put on record my condemnation of these attacks. Others may disagree, but I don’t see Israeli civilians, including Settlers on the West Bank, as legitimate targets for murder or injury in the name of Palestinian resistance.

Your words though did not take us an inch further forward in dealing with a terrible situation.

You began your sermon with an ill-chosen comparison that does your reputation as a teacher of religious ethics no favours at all. You said yourself that “no two terrors are the same” and then proved your own point by recalling the horrific murder of British fusilier, Lee Rigby, on the streets of South London in May 2013.

You reminded your listeners of the sympathy the British public and the media felt towards Lee’s family and our collective horror at the nature of his murder (an attempted beheading) by two Jihadists both born and raised in Britain. You then asked us to imagine such attacks happening up and down Britain for days on end.

This is how you framed what is happening in Israel right now.

Rabbi Mirvis, are you seriously presenting the attacks on Israelis as no more than a series of Islamist outrages? Is that as far as your analysis can go?

The Lee Rigby comparison provided your listeners in the synagogue with a gross distortion of the situation in Israel and I find it hard to believe that your grasp of the relevant context is so poor.

You also displayed a stunning lack of curiosity about a phenomenon that has not been seen before in Israel.

Palestinian resistance is nothing new. That’s hardly surprising after nearly 50 years of Occupation in the West Bank, nearly ten years of the air, sea and land blockade of Gaza and the structural and cultural factors that make 20% of Israel’s population second class citizens.

It’s odd then that you had nothing to say about any of this in a sermon built around the call for “better communication” and “the healing of relationships”.

I agree that Palestinians must understand our narrative and our religious and historical connection to the land. But I heard nothing in what you said on Sunday that could possibly advance Jewish understanding of the Palestinians’ story. Where else do you imagine communication and healing begins?

In the last month we have seen young Palestinians, and not just from the West Bank but from Israel itself, choosing to carry out random and deadly attacks with no central planning or co-ordination.

You praised as “the Jewish way, the Israeli way” the fact that in Israel “we ask courts to pass judgement on the actions of people”. But this ‘knife intifada’ has also been an ‘iPhone intifada’ and what we have seen recorded are numerous examples of instant street executions by Israel’s security forces. You may recall that Lee Rigby’s murderers were caught, arrested, tried before a jury and sentenced to minimum 45 year prison terms. I wonder if we will see any trials like that in Israel.

So by now those perpetrating these crimes know they are likely to die as a result. Something very disturbing is happening to a new generation of Palestinians. They are lashing out indiscriminately and are willing to take life and give up their own in the process.

It’s difficult not to see some kind of relationship between what’s happening and the failure of 25 years of the Oslo peace process. If you are a Palestinian there is no hope. Nothing is going to change. But in your sermon on Sunday your attempt at any kind of political or historical context got no further than this:

“Men and women are waking up in the morning inspired by messages of hate, taking implements  from their kitchen and going out in search of innocent men, women and children to be their victims.”

This is the narrative that boils the entire 100 plus years of Palestinian/Jewish conflict down to: they hate us.

I accept it is much easier to present us, the Jewish people, as the innocent victims of Palestinian hatred, but where is it written that God forbids that you or your listeners, or indeed Benjamin Netanyahu, should read a serious history book? I can recommend some if you’re interested.

Your talk gave more examples of “the Jewish way, the Israeli way” mentioning the behaviour of Israeli medics and police officers who have treated injured Palestinian attackers as evidence of ‘our side’s’ moral superiority. These individuals may be worthy of praise, although some might argue they were simply doing their job. But the underlying message you gave to your audience was one of self-congratulation when what’s really needed is some communal self-awareness.

You said that we (the Jews) “treasure human life”, the obvious inference being that they (the Palestinians) do not.

But how does this attempt to dehumanise ‘the other’ help the situation in any way? How does talk like this lead to the communication and healing you say is so needed?

The first steps towards communication and healing will be listening and learning.

That does not mean forgiving or condoning stabbings and car ramming. But presenting what is happening on the streets of Israel as akin to multiple Lee Rigby murders will not create the environment for dialogue which you say is essential.

In fact, your presentation is only hardening Jewish hearts against anything approaching the compromises that would be required for the “tranquillity” you prayed for on Sunday to ever come to pass.

Your examination of Midrashic commentaries on the story of Cain and Abel, introduced a potentially rich vein of pointers to conflict resolution. The Rabbis of old understood how economics, individual relationships and abuse of religion can fuel violent disagreement. But just like your predecessor, Dr. Jonathan Sacks, your exegesis can produce beautiful theology that you then fail to follow through in the context of the modern State of Israel. Perhaps it’s the politics that comes with your job or perhaps it’s a tribal blindness. Either way, your teaching stops short of anything resembling real peace-making.

You finished your sermon praying that “peace and unity will reign in the Holy Land” and that the way forward for the Middle East is through “a negotiated settlement” you repeated that “if you want peace you need communication”. I couldn’t agree more.

I hope one day you will have the courage to guide and lead the Jewish community to a place where it understands Israel’s part in creating the current conflict and the compromises that will be needed for a just peace to emerge. Right now, it saddens me to say, on the evidence of your sermon at Hendon synagogue, you are failing to provide the moral or communal leadership that will create even the smallest space for communication or healing. 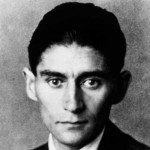 November 1, 2015 Why Christians are finding it hard to boycott Israel (and 10 helpful rebuttals to their critics)
Recent Comments
0 | Leave a Comment
Browse Our Archives
Related posts from Writing from the Edge

GIVING SPACE TO REGRET
Yom Kippur always offers me a new door in the house of...

Taking Hold of the Shofar: Dreams of Past...
By Rabbi Or Rose Rosh Hashanah   Ever since childhood, I have...
view all Jewish blogs
What Are Your Thoughts?leave a comment
Copyright 2008-2021, Patheos. All rights reserved.
Close Ad