Two years on, Scotland’s Jews concerned over Gaza – but for all the wrong reasons

Two years on, Scotland’s Jews concerned over Gaza – but for all the wrong reasons August 13, 2016 Robert A. H. Cohen

When it comes to antisemitism and the impact of Israel-Palestine on our daily lives, the Jewish community in the UK asks the wrong questions, counts the wrong data and debates the wrong issues.

That’s what comes to mind when reading “What’s changed about being Jewish in Scotland” research published this summer by the Scottish Council of Jewish Communities following an upsurge in reports of antisemitism during and following Israel’s summer 2014 assault on Gaza.

There are around 6,000 Jews living in Scotland and 300 of them took part in the research via a questionnaire or focus groups. If the findings are representative, then Scotland’s Jews were certainly dismayed by Gaza in summer 2014 – but for all the wrong reasons.

According to the report’s authors, the findings show a heightened level of “anxiety, discomfort or vulnerability” among 32% of those surveyed as a direct result of Scottish public reaction to the Gaza conflict. In addition, 80% of respondents said that events during the summer of 2014 had negatively affected their experience of being Jewish in Scotland. In short, say the authors:

“…the decline in people’s confidence and increase in their feelings of insecurity that we found were striking and extremely concerning.”

What’s not asked by the researchers, or the Scottish Council of Jewish Communities, is how we have reached this state of affairs, or whether the Scottish public’s criticism of Israel has any validity, nor what role our Jewish leadership has played in creating such a toxic atmosphere for ordinary Jews?

It wasn’t part of the researchers’ brief because we’re not up for having that debate.

Instead we prefer to count incidents of antisemitism, chart our growing discomfort as Jews, demand a proactive response from the police and politicians and propose more public education about Judaism.

None of this will do the slightest good. Not for Jews living in Scotland or anywhere else in the world.

Without a more open, honest, and above all moral debate about Zionism and Israel, we will continue to flounder in our response to antisemitism and fail to understand what’s enabling such hatred to flourish.

It’s worth looking at this short report from Scotland because it reveals so much about modern Jewish identity, its relationship to the State of Israel and the ignorance and/or denial that as Jews we seem happy to live with.

Here’s a few respondent quotes from ‘What’s changed about Being Jewish in Scotland’ to give you a sense of the concerns observed by the research:

“As a child and teenager growing up in Edinburgh, I was proud to say I was Jewish and it was viewed positively by Edinburgh people who often had memories themselves of growing up alongside Jewish people and spoke enthusiastically of that. I am very wary now to be upfront about being Jewish in certain circles, and especially after the events this summer [2014].” (Women in her 60s from Edinburgh)

“Although many people I interact with in Scotland don’t have issues with Judaism or Jews, they have a problem with Israel, and have difficulty separating that from Judaism as a whole. Especially as a student of International Relations, I do my best to avoid these conversations because they make me really uncomfortable and create what I think is unnecessary attention.” (Woman student under 21 in Fife)

“The conflation of the Israeli and Jewish identities within mainstream Scottish society has created a sense that the Scottish Jewish community is somehow accountable for Israeli responses in the Middle East.” (anonymous survey respondent)

The constant conflating of ‘Jewish’ ‘Zionist’ and ‘Israel’ in public discourse is a strong theme in the report. Yet not once do the respondents, or the authors, point to the Jewish community itself as bearing the slightest responsibility for muddling up these categories.

But a moment of serious reflection should remind any Jew living in the UK that we ourselves conflate Judaism, Zionism and Israel all of the time.

We pray for the State of Israel, its President and its army in our synagogue liturgy week in week out.

We see the modern State of Israel as the natural heir to the biblical Kingdom of Israel as if the intervening 2,000 years were of no consequence.

In research published in 2015 “The Attitudes of British Jews towards Israel” the following statistics demonstrated how closely being Jewish and identifying positively with the modern State of Israel have become.

“The vast majority of our respondents support [Israel’s] right to exist as a Jewish state (90%), express pride in its cultural and scientific achievements (84%), see it as a vibrant and open democracy (78%) and say that it forms some part of their identity as Jews (93%).”

We only have look at remarks made by the Chief Rabbi, Ephriam Mirvis, earlier this year to see how our religious leadership has allowed Judaism to undergo a successful merger with political Zionism:

“…one can no more separate it [Zionism] from Judaism than separate the City of London from Great Britain.”

Mirvis is not the only one with a fragile grasp of modern history. His predecessor, Lord Jonathan Sacks, insists on understanding criticism of Israel as the modern mutation of age-old antisemitism.

And what about our secular leadership? Did they leave us any better equipped to talk about being Jewish during the summer of 2014 in a way that would leave us less vulnerable to the sin of conflation?

The Board of Deputies describes itself as “the voice of British Jewry: a cross-communal, democratic, grassroots organisation, and thus the authoritative first port of call for Government, media and others seeking to understand Jewish community interests and concerns.”

So what the Board says and does is going to be, in most people’s eyes, what being Jewish must mean.

The Board published a summary of its work during the summer of 2014. It included the following activity which clearly sets out “our interests and concerns”:

So how can Scottish Jews complain when the general public perceives that Jews automatically support Israel? The question ought to be: Why would they think anything different?

It’s wrong to hold all Jews collectively accountable for the actions of the State of Israel. But it’s also foolish to think that our own behaviour has nothing to do with creating that perception.

In Scotland the antisemitic incidents recorded took the form of graffiti and vandalism of Jewish communal property and abusive emails and phone calls and racist comments on social media.

None of that is pleasant. None of it is acceptable behaviour. And if hearing about these incidents makes Jewish people feel insecure and unsafe then we need to take their concerns seriously.

Currently, the way we respond to antisemitism shows we’re not serious at all about understanding what’s changing for Jews in Scotland or anywhere else as a direct result of decades of Palestinian oppression. We have come to see ourselves as the victims of Palestinian terror, never the other way around.

That mindset is now so entrenched within the Jewish community that when Glasgow City Council flew the Palestinian flag from their offices in solidarity with the people of Gaza, the Glasgow Jewish Representative Council said it was “angered and hurt” by the authority’s decision.

Other members of the Glasgow Jewish community expressed “disgust” and “horror” on the City Council’s facebook page.

In the ‘What’s changed…’ report the authors write that: “Many respondents both in the survey and the focus groups talked about their dismay after Glasgow, Edinburgh, Fife, and West Dumbartonshire Councils flew the Palestinian flag from Council buildings during the summer of 2014.” They quote what they describe as a “typical comment” from a focus group participant:

“What concerns me is the flying of the Palestinian flags – I’m not unsympathetic to the Palestinian cause, but the fact that they were flying a flag that represents a government that is dedicated to getting rid of Jews not only from Israel but elsewhere, I found offensive and an abandonment of a community that they represent.”

Remember, the councils in question were flying the Palestinian flag not the flag of Hamas. But the Jewish respondents don’t want to make those distinctions. The perception of the entire Israel-Palestinian dispute remains a topsy-turvy world where we Jews believe ourselves to be the powerless victims of irrational Arab hatred. Our secular and religious leaders have done a superb job. As a result, there is no such thing as Palestinian solidarity, there is only ever “anti-Israel gesture politics” to quote the Glasgow Jewish Representative Council.

While our Jewish leadership in Scotland, and elsewhere, were counting incidents of antisemitism other people were counting something far worse in Gaza itself:

But God forbid that we forget that it was Israel that was under attack from Hamas.

Between 7 July and 26 August 2014, Palestinian armed groups fired 4,881 rockets and 1,753 mortars towards Israel. As a result 67 Israeli soldiers were killed and 6 civilians.

In response the Israelis deployed 5,000 tons of munitions and fired 14,500 tank shells and around 35,000 artillery shells into one of the most densely populated strips of land on the planet.

The morality of all this was never discussed or debated let alone questioned or challenged by our religious or communal leaders (or in the sermons of local rabbis) either during the summer of 2014 or in the two summers since.

These things are not a topic for polite Jewish conversation.

We ask the wrong questions, we count the wrong things, we fail to have the debate that we so need to have.

How do we create an Israel that respects and protects the history, culture, religion of all the people in the land? How do we ensure that from the Jordan to the sea everyone (Jew and Palestinian) is free?

The authors of ‘What’s changed…’ recommend a number of actions as a result of their findings including greater education about Judaism in Scottish schools, improved interfaith relations and public displays of Judaism such as lighting Hanukkah menorahs.

But it’s we that need the education.

It’s we that don’t know enough, or can’t be bothered to find out, what a 50 year occupation of the West Bank has meant for millions of Palestinians.

It’s we that don’t know how Settlements trample on Palestinian human rights every day of the week.

It’s we that don’t have a clue what besieging Gaza means.

It’s we that think even Pre-67 Israel is a thriving democracy.

So let’s ask some different questions. Let’s count some different things. Let’s ask ourselves why being Jewish in Scotland and everywhere else, including Israel, can’t be a whole lot better than it is today. 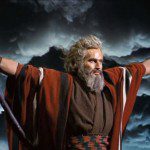 July 12, 2016
The Ten Commandments Revisited (in response to current Jewish and Palestinian requirements)
Next Post 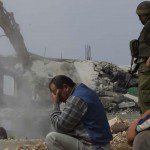 September 16, 2016 Settlement Boycotts - calling time on the hypocrisy of our Jewish leadership
Recent Comments
0 | Leave a Comment
Browse Our Archives
get the latest updates from
Writing from the Edge
and the Patheos
Best of Patheos
Channel
POPULAR AT PATHEOS Jewish
1

A Sukkot Story for the Pandemic...
Seventy Faces of Torah
Related posts from Writing from the Edge