Reclaiming the lost Jewish voices of the Balfour Declaration

A leading member of the British Jewish establishment has written:

“Zionism and Zionistic activities not only depress Judaism by putting nationality first and religion second, but they injure Judaism by combining religion and nationality.”

The same Jew, who also happens to be President of the Anglo-Jewish Association, is convinced that non-Jews who support Zionism are, as often as not, “antisemitic”.

Meanwhile, The Times newspaper has published a letter co-signed by the President of the Board of Deputies saying:

“Zionist theory regards all the Jewish communities of the world as constituting one homeless nationality incapable of complete social and political identification with the nations among whom they dwell and it is argued that for this homeless nationality a political centre and an always available homeland in Palestine are necessary. Against this theory [we] strongly and earnestly protest.”

A well-respected Jewish journalist and regular contributor to the Jewish Chronicle who helped to draft the Times letter has commented:

The anti-Zionism goes right to the top of the British establishment with a Jewish member of the Government describing Zionism as “a mischievous political creed, untenable by any patriotic citizen of the United Kingdom”. The Foreign Office Minister has even written a memo to his Cabinet colleagues damning the whole enterprise because it forces Muslims and Christians to “make way for the Jews”.

I haven’t made any of this up. It’s all true.

But it happened a hundred years ago.

The establishment Jew was Claude Montefiore, the Board of Deputies President was David Alexander, the journalist was Lucien Wolf and Edwin Montagu was Secretary of State for India in Lloyd George’s wartime cabinet. Hardly inconsequential figures.

They were all writing in the months leading up to the publication of the Balfour Declaration in November 1917. Sixty-seven deliberately vague words that get blamed for a great deal of trouble. And rightly so.

“His Majesty’s government view with favour the establishment in Palestine of a national home for the Jewish people, and will use their best endeavours to facilitate the achievement of this object, it being clearly understood that nothing shall be done which may prejudice the civil and religious rights of existing non-Jewish communities in Palestine, or the rights and political status enjoyed by Jews in any other country.”

Don’t be fooled into thinking that the Balfour Declaration was nothing but the British government’s gesture of good will in recognition of centuries of Jewish suffering. That’s how the new Balfour100 website, set up as a Jewish cross communal resource, likes to present it.

“Balfour 100 acknowledges with gratitude the foresight of Lord Arthur Balfour and the British government of Lloyd George. In the midst of the Great War, they looked to the future and chose to recognise the longing of the Jewish people to re-establish its national homeland in the land of Israel.”

There’s rather more going on than this.

You can only understand Balfour by studying British imperialism; the international power politics of the First World War; the history of Western European Colonialism; 2,000 years of Christian/Jewish relations; Christian Zionism; Enlightenment ideas of human rights; and the divisions within the Jewish community over the best response to European antisemitism.

Luckily, you now have 12 months to get stuck in to all of this.

Supporters of today’s modern state of Israel have already begun commemorating this landmark in the history of Zionism with lectures, conferences, and social media actions. Christian Zionists are firmly onboard the Balfour band waggon with CUFI UK’s #IAmBalfour campaign.

But don’t expect to find out anything on the Balfour 100 website about Arab Palestinian reaction to Balfour either at the time or later. The ‘natives’ didn’t count, either then or now. It wasn’t until the penultimate draft of the Declaration that there was any mention of protecting the rights of non-Jewish people living in the land.

You might suspect that it was only the well-off established Jewish families in the Britain of 1917 that didn’t like the idea of Zionism threatening their social acceptance and hard won status in liberal England. Surely the poor Jewish immigrants who had been fleeing the pogroms of Eastern Europe and arriving in London’s East End over the previous 30 years would be more predisposed towards Zionism. But it wasn’t the case.

Having fled Russia, Poland and Lithuania, the Jewish immigrants (my ancestors among them) brought with them a variety of responses to being Jewish in the early 20th century. In the tailoring sweatshops of Whitechapel you would have found Jewish Communists, Jewish Socialists, Jewish Anarchists, and Jewish Bundists. Within this immigrant political caldron you would have found Zionism too. But you wouldn’t have put your money on that particular ‘ism’ being the one that would triumph.

“The dawn of our faith”?

Contrast all this Jewish ambivalence towards Zionism with the evidence given to the Home Affairs Select Committee report on antisemitism published last month.

“Zionism has been an integral part of Judaism from the dawn of our faith”.

Earlier this year Mirvis wrote in the Daily Telegraph that Zionism was:

“…a noble and integral part of Judaism”.

“…one of the axioms of Jewish belief”.

“…one can no more separate it from Judaism than separate the City of London from Great Britain.”

Sir Mick Davis, Chairman of the Jewish Leadership Council, told the committee that criticising Zionism is the same as antisemitism:

“Zionism is so totally identified with how the Jew thinks of himself, and is so associated with the right of the Jewish people to have their own country and to have self-determination within that country, that if you attack Zionism, you attack the very fundamentals of how the Jews believe in themselves.”

Hard to believe now, but in 1917 it was perfectly acceptable to be non or even anti-Zionist without anyone calling you a self-hating Jew or of being accused of being out of line with thousands of years of Jewish teaching. In fact, the exact opposite idea, that Zionism equalled antisemitism, had greater currency because Zionism insisted that Jews would never be fully accepted as Jews apart from in their own national home.

So the current definitions of Zionism, Judaism and antisemitism given by Mirvis and Davis have only held good for a short time in our history.

But when and how did the change from Montefiore to Mirvis happen? When did Zionism achieve its seamless merger with Judaism?

The trauma of the Holocaust

It wasn’t until after the Second World War that Zionism in Britain won the debate over the meaning of Jewish history, the nature of antisemitism and the ‘correct way’ to be Jewish in the 20th century. It was the Holocaust and the realisation of a Jewish State that led to an emotional (rather than ideological) change in British Jewish attitudes.

You can never hope to understand Zionism and Israel without understanding the Holocaust and the collective Jewish trauma that continues to play itself out 70 years on. The sense of Jewish abandonment by the world during the Nazi era is still strong and Zionism has nurtured the conviction that the only response to this catastrophe was the need for a safe national haven that could ‘guarantee Jewish security’.

Once the Jewish State was real, and not merely a political or ideological debate, everything changed. The anti-Zionist arguments by Montefiore, Montagu, Alexander and Wolf were forgotten. History, it seemed, had proved them tragically wrong in their assessment.

But the second half of the 20th century provides an entirely different perspective.

If the ‘homelessness’ of the Jews and their lack of acceptance is now an “axiom” of Judaism how do we account for the success story that is the American Jewish experience? The evidence suggests that Jews thrive in liberal open democracies where the principle of equal rights is enshrined. Narrow nationalism with built-in discrimination was never the only good response to the Holocaust.

However, the opinion polling looks like it supports Sir Mick Davis rather than me.

Research published in 2015 by City University, and quoted by the Home Affairs Select Committee, found that 90% of British Jews support Israel’s right to exist as a Jewish state and 93% say that it forms some part of their identity. It’s this that allows the argument to be made by Davis and others that criticism of Israel is antisemitic.

But it begs a bigger political and philosophical question. Can a belief (Zionism) held by the majority within one particular group mean it becomes sacrosanct, holy and therefore untouchable? And what happens to that sacrosanct understanding of ‘being Jewish’ when another people have experienced the same belief as a catastrophe?

The tragedy of Zionism is that its implementation could never be achieved without the displacement of another people. Jewish national self-determination meant a Jewish majority directing its own affairs. The vast majority of Jews still see this as nothing more than a very necessary and noble endeavour.

But to make that ambition a reality required the maximum amount of Palestinian land with the minimum number of non-Jews. One way or another, for the Palestinians, Balfour was always going to turn out badly. But to point this out has now become an act of antisemitism.

The Balfour anniversary is an opportunity to study the multiple motives, intentions and consequences of the Declaration and acknowledge, unlike the Balfour 100 website, what it has meant for all concerned. 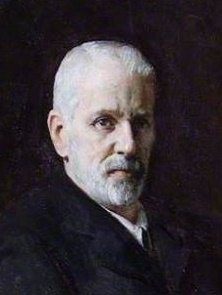 The centenary should also be the moment when we reclaim the lost Jewish voices of 1917 and recognise that Zionism was never integral to Judaism. We can recognise and honour our connection to the biblical Land of Israel without using that to nullify or trump all other ethical considerations. In short Rabbi Mirvis, there is an important difference between ‘Zion’ and ‘Zionism’.

But we shouldn’t get misty-eyed about the motives of the Jewish anti-Zionists. They were not acting out of solidarity with the Palestinian Arabs. Primarily, they wanted what they thought was good for the Jews. Just as the Zionists did.

But their thinking about Jewish history and the ability of Jews to be equal citizens making safe and secure Jewish homes in the nations of the world needs celebrating too. Their outlook and their belief in equal rights for all citizens may just help us to find a way back out of the Jewish moral cul-de-sac created by Zionist thinking. 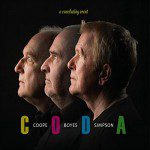 October 22, 2016
‘Children of Palestine’ – the radical new folk song bringing the tragedy to a new audience
Next Post 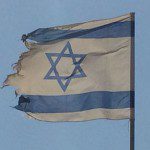 December 3, 2016 "OMG! I've just renounced my right to Jewish national self-determination."
Recent Comments
0 | Leave a Comment
Browse Our Archives
get the latest updates from
Writing from the Edge
and the Patheos
Best of Patheos
Channel
POPULAR AT PATHEOS Jewish
1