I faced my Jewish racism, can you do the same?

– A call to Jewish students for Israeli Apartheid Week 2018

We need to talk about Jewish racism.

I know what you’re thinking. How dare I accuse us, a people who’ve suffered so greatly from prejudice, hatred and persecution, of holding racists attitudes ourselves?

But it turns out that our past experience provides no protection and our communal memories can hinder not help us.

This particular conversation is about to become more urgent if you’re a Jewish student on a campus in the U.K. or Western Europe, North America or Australia.

The 14th annual ‘Israeli Apartheid Week’ (IAW) takes place around the world from the end of February through to mid April. There’ll be talks, film screenings, and mock West Bank security checkpoints and Separation Walls to highlight the daily indignities of Palestinian life in the Occupied Territories. Thirty years after I graduated, I’ve been invited back to speak to students at Manchester University in the UK. It will be a homecoming – of sorts. But I’ve become a very different kind of Jew to the one who left there in 1988.

The intensity of this year’s IAW activities will be heightened by the 70th anniversaries this year of the Palestinian Nakba and the creation of the State of Israel. Once again, Jewish students will find themselves feeling distinctly uncomfortable as Zionism, and the Jewish State, are portrayed as a racist endeavour.

But is it fair to brand you, young Jews who support Israel, of being promoters and defenders of racism?

Well, to be blunt, yes it is. But that simple answer doesn’t quite capture why that is or how it’s happened.

I don’t for one minute think young Jews who support Israel should be bunched together with members of the British National Party or White Supremacists. That’s lazy thinking. It makes no attempt to understand the origins of Zionism or the current place of Israel in individual or communal Jewish life. But nonetheless, Jewish racism is ‘a thing’. I know it from my own experience, from my own past ways of thinking, from how I was as a student in Manchester in the mid 1980s. This Jewish strand of racism is an inevitable consequence of the success Zionism has had in shaping Jewish identity over the last 70 years. And if we don’t face into the racism that Zionism has created nothing will change when it comes to Israel/Palestine for another generation.

The truth is, all people are vulnerable to ways of thinking that leave others less deserving than themselves. That doesn’t make all of us Adolf Hitler, it just makes us human. But that doesn’t make it okay either. If any group should understand that, it’s us, the Jewish people.

For a great many Jews (myself included for far too long) the “less deserving” have been the Palestinians.

Whether consciously or not, we’re suspicious of them, we don’t trust them.

We believe our needs are greater than theirs.

We believe our claims are stronger and more culturally important.

We see ourselves as vulnerable, we see them as a threat.

We act in good faith, while they are deceitful.

We ask only for what is rightfully ours, while they make unreasonable demands.

We protect ourselves, they seek only our destruction.

It’s a set of attitudes and dispositions that together add up to racism.

Let me offer some examples of how this Jewish racism plays out through double standards, inconsistencies and hypocrisy.

If you think we have an obligation to remember our homeland while Palestinians should be encouraged to forget theirs – that’s racism.

If you think our Jewish ‘right of return’, after two thousand years’ absence is sacred and undeniable, but the right of return for Palestinians, and their descendants, who fled their homes in 1948 is illegitimate– that’s racism.

If you memorialise atrocities carried out against the Jewish people throughout our history but downplay or dismiss the Palestinian Nakba– that’s racism.

I realise that your convictions about Zionism may come from a religious belief in a divine promise to the Jewish people. Well, you’re welcome and entitled to your religious convictions. Although I’d remind you of the covenantal ‘small print’ that made our land entitlement conditional on upholding the Law of Moses. And are you aware that, for most of the last two thousand years, we considered our ‘exile’ as much a spiritual as territorial issue? But if you’re still convinced it’s ours by divine right then you’ll need to abandon any affection for liberalism, democracy, equality or division of religion and state. You can’t have it all.

When you grow up Jewish within a Jewish community, as I did and you did, Zionism and support for the State of Israel doesn’t feel like an ideological position you’ve consciously chosen to champion. And there are no formal lessons in Palestinian discrimination either. But the attitudes that lead to ‘anti-Palestinianism’ happen all the same.

When you grow up Jewish, Zionism is just there. It’s a given. There’s no reason to question it. It’s Jewish history, culture and religion all bound up together in a modern expression of religious and cultural entitlement. Zionism has become the very definition of Jewish safety and security too. After the Holocaust, isn’t Zionism just ‘Jewish common sense’?

So when you find yourself confronted by the language of Israeli Apartheid Week you will feel this is something far more than a political disagreement. This is an emotional attack on who you are, who your family is, the community that raised you. It’s attack on your sense of physical security. No wonder it can feel so threatening. No wonder you may feel upset.

But sometimes it’s good to be upset. Sometimes becoming upset is exactly what we need to see the truth and begin to deal with it.

Israeli Apartheid Week is the moment we can choose to think differently. We can choose to recognise what our thinking really means and what has brought it about. We can confront our prejudices and face into our racism. We can move ourselves on and attempt to move forward today’s understanding of Jewish identity, Jewish security and Judaism itself.

My advice to Jewish students anticipating Israeli Apartheid Week is not to get defensive, but to get responsible. Go to the events and the talks . But not to argue or to heckle. Go with a commitment to listen and learn.

Yes, you’ll feel it’s one sided. Yes, you’ll think others there understand too little of our Jewish history and experience. You’ll think that Zionism is being unfairly distorted and criminalised. You’ll feel angry at how our own community is being portrayed. You’ll feel defensive because your view of the conflict and its causes is so very different from those around you.

My challenge to you is to resist the urge to defend and ‘explain’. This is not about winning debating points. This is about you facing into the racism you have towards Palestinians.

If you’ve followed me this far expect to go through a period of grieving. You’re losing something important to you. A part of your childhood and a part of your teenage years will suddenly look different from your new perspective. You are going to want to ask some difficult questions the next time you’re back home too.

Why do our religious and communal leaders either refuse (or fear) to speak out on the injustices created by the Occupation of the West Bank?

Why do we claim to be such passionate supporters of peace and of ‘2-states’ but then welcome President Trump’s policy on a united Jerusalem?

Why have we lost all sense of proportion so that we see a slap in the face of an occupying soldier or a boycott of Settlements as acts of terror aimed at our total destruction?

Within our community, why have we made support for Zionism and Israel the touchstone of Jewish fidelity, while calling for human rights for all has become a Jewish heresy?

Our futures locked together

Leaving Zionism behind is not abandoning Judaism or your Jewish identity. Neither does it mean you don’t care about antisemitism, or Holocaust denial or the safety and security of Jews in Israel and around the world. But it does mean thinking about these things in a different way. A way that binds us to the Palestinian people rather than divides us from them. Our futures are locked together: either us oppressor and oppressed; or as equals. Which is it to be?

As Jewish students during Israeli Apartheid Week don’t waste your time attempting to defend the indefensible. Much better to confront the racism we’ve created and begin a journey towards a different expression of Jewish self-determination, one built on respect and equality for all.

I faced my Jewish racism, can you do the same? 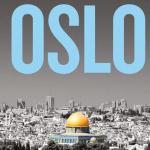 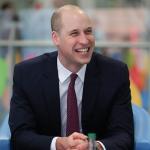 From ‘Vision for Peace’ to ‘normalisation’ – 2020...
Memories are short these days. There used to be a something called... 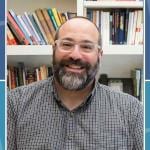 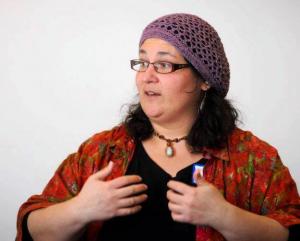 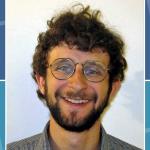 “History will judge us” – Have Progressive Rabbis...
Progressive rabbis in the UK have written to the Israeli embassy in...
view all Jewish blogs
What Are Your Thoughts?leave a comment
Copyright 2008-2020, Patheos. All rights reserved.