“Israel was created exactly 70 years ago as a haven for refugees from the Holocaust. But the mistreatment of those suffering from today’s atrocities is simply not in line with my Jewish values. Because I care about Israel, I must stand up against violence, corruption, inequality, and abuse of power.”

I too was a liberal Zionist.

I too thought the problem was the leaders of Israel and their policies.

I don’t think that anymore.

Like you, I care about “Jewish values” but I long ago gave up on the idea that Israel, and the Zionism that created and sustains the Jewish State, would protect those values.

We should both be clear about what those Jewish values are.  They’re to be found in the Hebrew bible and are the ideas that have stood the test of time and been passed on to the world through Christianity and Islam: The innate equality of all humanity; a bias towards the poor, the downtrodden and the marginalised; and a committment to speak out against the wrong-doing of authority. In your statement on Friday you list what happens when these values are lost: “violence, corruption, inequality, and abuse of power”.

But to protect those Jewish values you have to push yourself beyond Zionism, especially of the liberal variety that sees today’s violence and inequality as merely a derailment from Zionism’s true course.

Let me explain why.

Natalie, without doubt I welcome your decision to snub the Genesis Prize. As an A-list Jewish Israeli-American Hollywood movie star, your stand is a big deal. People take notice. It has influence. Minds are changed when people like you do things like this. So I congratulate you. You’re are already taking serious flak for this and it will take a toll on you personally and professionally.

You talked about “recent events” in Israel making you feel it was inappropriate to go there to receive the prize money. I think everyone knows what you had in mind. When Israeli snipers pick off 32 Palestinian protesters (so far) on the Gaza border, including a 15 year old boy, and wound or maim well over a thousand men, women and children I would also call that “extremely distressing”.

So I understand exactly where you’re coming from. I used to be there too.

In my late teens and early 20s the bad Zionists for me were Prime Ministers Menachem Begin and Itzhak Shamir, both former Jewish terrorists during the British Mandate. I refused to accept their Likud Party take on Zionism was the real thing.

I admired the cultural Zionism of Ahad Ha’am from the early 20th century. I believed in the Socialist Zionism that had built the Kibbutz movement. I loved the bi-national Zionism of the 30s and 40s promoted by Judah Magnus, Martin Buber and Henrietta Szold. This was the Zionist thinking I could feel at home with.

But then I looked deeper. I studied. I read. I asked. Most importantly, I listened to Palestinian voices for the first time.

What I discovered is that it’s not the politicians or the policies that are the problem in Israel. It’s the ideology they follow.

The cultural Zionism of Ahad Ha’am was beautiful. But he was admired rather than taken up.

Socialist Zionism was never a socialism for everyone. It was socialism for Jews only. There was never a Muslim or Christian Arab that was allowed to become a member of a kibbutz until one kibbutz allowed one Palestinian Muslim woman to join in 2008. The proclaimed universalism of Jewish labor lost out to the particularism of Jewish nationalism.

And the Brit Shalom movement of Martin Buber never had more than a hundred members.

I imagine Natalie that you’re opposed to the Occupation and to the Settlements. For liberal Zionists that’s usually a given. It was for me. The 1967 ‘Six Day War’ turned out to be ‘bad Zionism’ because we hung on to the territory we captured. But the 1948 ‘War of Independence’ was fundamentally ‘good Zionism’ because we (re)created our Jewish homeland and achieved sovereignty and security.

But you’re wrong if you think fixing 1967 will end the affront to your Jewish values.

You need to go back further.

You need to understand that Zionism has, and remains, both a project of Jewish liberation and a project of Jewish colonisation and Jewish apartheid. Our liberation was going to mean another people’s enslavement. Which is why Liberalism and Zionism turn out to be such awkward partners with off spring that look nothing like the Jewish values you say matter to you.

By the 1940s the dominant strain of Zionist thinking, and the only strain that would matter, was State building and the creation of a Jewish majority in the land. For most Zionist this had always been the desired outcome of their efforts. That put Zionism on a collision course with the indigenous majority Arab population of Palestine. For this kind of Zionism to succeed another people would need to be displaced – one way or another.

That displacement took place in 1948 and is called the Nakba ‘the catastrophe’. It turned out to be a forceful, violent displacement and Israel refused to let those that fled ever return. Seventy years later that catastrophe continues to tear and scar its millions of victims. You’ve been watching its most recent consequences on the Gaza border for the last three weeks. There’s a reason they call it the ‘Great March of Return’. The descendants of those 1948 refugees haven’t forgotten where they came from. They want to go home.

I think we can both agree that it’s wrong to think that every Zionist pioneer or Jewish refugee that arrived in Palestine before 1948, or after, was hell bent on land theft and ethnic cleaning. That would be a foolishly simple reading of history. But liberal Zionists still refuse to acknowledge Israel’s primary culpability in creating the world’s longest standing refugee community. Without confronting the Nakba there is no road to peace nor justice.

But there are other consequences of Zionism that I feel you should think about in relation to Jewish values and they too are far from being “recent events”.

Liberal Zionists have a habit of talking up Israel as the only democracy in the Middle East. After all, every citizen of Israel has the vote. The Israeli Declaration of Independence, which has no constitutional standing in Israeli law, is championed as the enshrinement of Jewish, democratic and Zionist values. But no matter how much liberal Zionists want to celebrate equality in the State of Israel it doesn’t look or feel that way for the 20% of its citizens who are Palestinian.

For the first 18 years of Israel’s existence the Palestinians who had been allowed to remain were ruled under martial law and treated as the ‘enemy within’. Many were classified as ‘present absentees’ and their homes and land were confiscated. Their hundreds of villages were destroyed, parks and forests now grow over many of the ruins.

But the discrimination and inequality are still very much with us. There is dramatically lower investment in Palestinian neighbourhoods and schools, despite the fact that they pay the same taxes as everyone else. They cannot buy State owned land because State land in Israel is held in trust for the Jewish people exclusively. They cannot marry someone from the West Bank or Gaza and live together in Israel as citizens. They cannot teach their own history because teaching the Nakba is against the law.

Yes, they have the vote and yes there are Palestinian Israelis elected to the Knesset. But don’t expect them ever to be invited to join an Israeli government coalition. They can have the vote as long as it makes no difference.

This is not equality. This is not real democracy. It’s certainly not liberalism. It is a large minority seen primarily as a demographic threat to the Jewish State.

All over the world Jews thrive in liberal democracies where all citizens have equal rights. We judge countries by how they treat their minorities, particularly their Jewish minorities. But in Israel the rules change. In the one Jewish State minorities are  a bad thing and can be treated badly.

The damage done by liberal Zionism

I used to be thankful that liberal Zionists like you were around to provide a critical, if moderate, objection to what goes on in Israel. Obviously, your voice was preferable to the right wing zealots of Israeli religious and secular nationalism.

But now I’m not so sure.

Now I fear you do more damage to Jewish values than anyone else. Why? Because the framing and language of liberal Zionism obscures the truth. We are not seeing a conflict between two foes. We are not looking at a tragic clash of right against right. We are not even watching a battle over sharing the land between two people. Long, long ago it became something else. It became colonisation and theft. It became oppression. It became an issue of human rights. Who has them and who are denied them.

If you continue to see Zionism as essentially liberal and progressive you will never understand why it creates in your own words: “violence, corruption, inequality, and abuse of power”. The current Israeli government is not an aberration. When Netanyahu falls, Zionism with all of its violence, corruption and inequality will stay put.

So yes, please snub the Genesis Prize and refuse to go to Israel. But don’t do it in the name of liberal Zionism and don’t defend a fictional Israel that deep down embodies your Jewish values. It doesn’t and it never did. You have to push past it if you want to protect the Jewish values that matter to you. 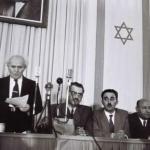 April 8, 2018
As Israel turns 70 it’s high time we Jews ditched Zionism for the sake of everyone
Next Post 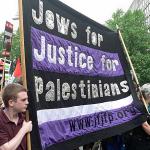 May 14, 2018 Why Jews in solidarity with Palestinians will win the day
Recent Comments
0 | Leave a Comment
Browse Our Archives
Related posts from Writing from the Edge