Chief Rabbi, we need a better way to fight antisemitism than attacking Labour

As you say in your article in The Times this week (Tuesday 26 November), “Convention dictates that the Chief Rabbi stays well away from party politics – and rightly so.”

But rather than stay “well away”, you’ve chosen to make a major intervention that attempts to turn the UK’s General Election into a national referendum on the Labour Party’s handling of antisemitism. And (deliberately, ironically, and perversely) you chose make your accusations on the very day on which Jeremy Corbyn was announcing his party’s policies in support of religious and ethnic minorities (including for the Jewish community).

You justify this intervention on the grounds of challenging Corbyn’s anti-Jewish racism and the need to highlight the fears of the Jewish community in the UK. You make the bold claim that “the overwhelming majority of British Jews are gripped by anxiety”. And as you travel the country, you tell your readers that the question you are asked most frequently is: “What will become of Jews and Judaism in Britain if the Labour Party forms the next government?”

So how, I wonder, do you answer this question, Chief Rabbi? What is the clear and present danger presented by the Labour party to Jews? Perhaps you can give me a rough idea of what I should expect, so I know whether to be ready to pack my bags when the election results come through.

Will kosher meat be outlawed? Will circumcision be banned? Will I be forced out of my job and my children thrown out of university? Will I be attacked on the street by gangs of roaming Corbynistas? Will synagogues be burnt down and Jews rounded up?

I’m not being flippant here. I genuinely want to understand the nature and severity of the threat which has created the “anxiety” you say is “gripping” most of my fellow Jews. If I can’t grasp what you mean, how can I make an informed and proportionate response?

I’m often accused by my detractors on social media of being out of touch and disconnected with the UK’s ‘real’ Jewish community. This, they argue, makes me disqualified from commentating on Jewish affairs. Apparently, I don’t know what ‘real Jews’ are talking about.

Since I was staying with my sister in London last night, I took the opportunity to check-in on her mental wellbeing in regard to Jeremy Corbyn and test whether I was really so out of touch.

Unlike me, my sister and brother-in-law live in a Jewish community, belong to and attend a United Synagogue congregation (the movement you represent), and have a close circle of Jewish friends. My sister is no fan of Corbyn and neither are her friends. She sees him as having failed to deal with antisemitism and believes it has grown under his leadership. She’s heard first hand from former Jewish Labour MPs, Luciana Berger and Dame Louise Ellman, and accepts the accounts they have given of their antisemitic treatment by Labour party members and from the hierarchy of the party. Despite working for the NHS, my sister will not be voting Labour and neither will my brother-in-law (although they’ve certainly been Labour voters in the past).

But are you “gripped by anxiety?”, I asked my sister, not with a frivolous tone but with genuine concern.

She thought for a moment, looked slightly quizzical and replied “No.”

When I asked my sister what “bad things” she thought might happen to Jews in Britain if Corbyn became Prime Minister, she couldn’t think of anything at first but then settled on the prospect of more general hostility towards Jews and expressions of antisemitism inevitably linked to Israel/Palestine.

What this family conversation suggested to me is that many in the Jewish community (probably most) are not happy with Corbyn, question his judgement and his past associations, and certainly don’t trust him to tackle antisemitism in his party. But unlike you Chief Rabbi, ‘real Jews’ are more balanced and measured in their response to the situation. They are not packing suitcases based on your overheated rabbinical commentary. Thankfully, it looks like most Jewish households are not taking your rhetoric seriously.

All this leaves me with the conviction that you are deliberately scaremongering your own community. But for what purpose and to what end?

I have no doubt that antisemitism exists within the Labour Party and certainly on the hard left beyond the Labour Party. Strands within Marxist thinking (originating from Marx himself) can encourage this. So too can lazy analysis of Israel and Zionism. It mustn’t be tolerated or excused and it can’t be used to intimidate and hound out politicians considered too far to the right within Labour. Corbyn did not get a grip of this quickly enough. But the debate has to be driven by evidence. And the best evidence we have doesn’t support the scale of your accusations.

As I wrote last week, I’m not fearful of a Corbyn government (in fact I’d welcome it) but I’m horrified at how antisemitism has been used against him. And you, Chief Rabbi, have been central to that campaign of vilification.

This isn’t the first time you’ve made a critical intervention ahead of an election. I’m sure you haven’t forgotten your article for the Daily Telegraph just days before local elections across England in May 2016.

On that occasion, you made the case that any criticism of Israel or Zionism must be anti-Jewish. You wrote that Zionism is “one of the axioms of Jewish belief” and “a noble and integral part of Judaism.” You went on:

“Open a Jewish daily prayer book used in any part of the world and Zionism will leap out at you.”

Strange then why so many rabbis (the majority in fact) were dead set against Zionism for so many decades. A few Jewish theological contortions have surely taken place to enable you to make the claims you do.

By mixing, muddling and merging political Zionism with rabbinical Judaism, you create a paradigm in which any criticism of Israel becomes impossible. Not only does that stifle freedom of speech, it stops the freedom of Palestinians to narrate their own lived experience.

The ‘new antisemitism’ which you, and your predecessor, Jonathan Sacks, have been promoting for years, is now becoming an obstacle to Jewish engagement in broader campaigns against racism in the UK and around the world. If you fail to understand how Zionism was, and remains, both a project of Jewish national self-determination and simultaneously an exercise in Settler Colonial dispossession, then you leave yourself, and other Jews, ill-equipped to understand racism or build effective cross-communal alliances.

Perhaps if you understood this better you would not have been so relaxed about sabotaging the Labour campaign day which was expressly designed to highlight discrimination against minorities and how a Labour government would legislate to address it. The timing of your intervention made it look as if only antisemitism matters to you even when every piece of research shows that others are at far greater risk than you or I in the streets and in the workplaces of the United Kingdom.

The Race and Faith manifesto was another example of the ‘eccentric’ nature of ‘Labour antisemitism’. Would a party truly up to its ears in antisemitism say anything like this?

“A Labour government will guarantee the security of the Jewish community, defend and support the Jewish way of life, and combat rising antisemitism in our country and across Europe”

You are not prepared to give the slightest credit for efforts like this or for the changes in policy, process and education in tackling antisemitism brought in by Corbyn. You then repeat the context-free allegations against Jeremy Corbyn which have been compellingly refuted multiple times.

Chief Rabbi, with your views on Israel, including your failure to criticise the Occupation in any way, and your welcoming of Donald Trump’s disdain for Palestinian rights over East Jerusalem, I’m not convinced that your ability to spot institutional discrimination is quite as sharp as you like to think it is. It’s these double standards, repeated across the formal Jewish establishment, that blunt any ability to take a credible role in debates over racism and discrimination. While you are quick to see “failure of culture and failure of leadership” within the Labour Party, you also need to consider if the same critique can be applied closer to home.

As you say at the end of your comment piece: “the soul of our nation is at stake” in this General Election. You are right about that, but for all the wrong reasons. How we treat the poorest and most vulnerable; how urgently we tackle climate change; our attitude towards human rights and international law – these are the moral and spiritual issues to which our religious leaders should be drawing our attention and offering their comments. Antisemitism is real and it is growing. It needs addressing alongside other forms of racism. But it should not be the defining issue in this election campaign. It should not be the issue that decides how people vote.

I imagine this won’t be the last intervention from the established Jewish leadership before the polling stations open on Thursday 12th December. Whether Labour win or lose this election, there has to be a better debate on antisemitism and a better understanding of Zionism. Somehow, I doubt that you will be able to make a helpful contribution to that much needed conversation. 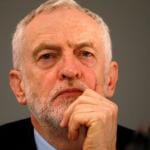 November 13, 2019
As a British Jew I’m not fearful of a Corbyn government but I’m horrified at how antisemitism is being used against him
Next Post 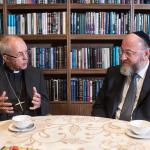 Jewish
As a British Jew I’m not fearful of...
Writing from the Edge
TRENDING AT PATHEOS Jewish 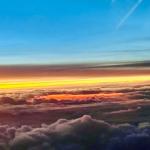 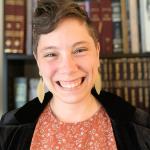