Dear Marie, claiming the Board is neutral on West Bank annexation should fool no one

“As the Board of Deputies represents the views and interests of the UK Jewish community, and as, in the main, this a Zionist community, our interests with the Israeli government overlap. However, there are some specific issues, and this is certainly one, where there is wide diversity of views and we need to hold different parts of our community together.”

Marie van der Zyl, President of the Board of Deputies of British Jews, 3rd May 2020

I get it. It’s difficult to keep the UK Jewish community together when the State of Israel does awkward things. On the other hand, staying neutral in the face of grand larceny is not a great look.  You’re certainly in a pickle. But let’s be honest, the Board’s leadership has never been entirely straight on these matters and in fairness it reflects a deeper incoherence at the heart of Jewish communal life. It’s best summed up as having your bagel and eating it too.

As you’re fast discovering Marie, things don’t get much more ‘awkward’ than the proposed Israeli annexation of big chunks of Palestinian land.

Of course, it’s been an awkward situation for some time. After all, Israeli governments of the centre left and the centre right have spent the last 53 years actively enabling half a million Jewish Israelis to build towns on occupied Palestinian land. That’s meant massive government funded infrastructure, government financial incentives and army protection. Awkward, because all of this is in violation of the Geneva Convention of which Israel is a signatory. Awkward, because the ‘facts on the ground’ created by the settlements have also required the oppression of the indigenous Palestinian population. That’s meant other awkward facts: land confiscation, house demolitions, property laws, water control, checkpoints, and a parallel but unequal judicial system. It you check out the legal textbooks you’ll find it’s collectively known as ‘apartheid’. That’s definitely awkward, especially for any Jewish organisation, attempting to nurture positive attitudes towards Israel both within and beyond the Jewish community.

Despite the obvious challenges Marie, you and your predecessors have been amazingly adept at developing narratives to manage all of this awkwardness. You’ve maintained an outward appearance of Jewish unity which obscures the considerable Jewish diversity and division that’s always existed when it comes to Israeli politics.

In recent decades that adeptness has come down to doing three things.

You may not be the Zionist Federation or BICOM or Conservative Friends of Israel but that doesn’t mean you aren’t a very important part of the pro-Israel lobby in the U.K.

This three-pronged approach has worked well up ‘til now. It looks reasonable, and even peace loving, at least to the ill-informed. But it’s also shot through with contradictions and questionable ethics. Your lip-service to the two-state solution demonstrates that well.

Supporting two-states has been a wonderful excuse for moral abdication. It’s a posture which allows you to focus on tomorrow’s peace rather than today’s injustice. No need to comment on (let alone criticise) the reality of the occupation for ordinary Palestinians. No need to say it has created a massive democratic deficit from the river to the sea. No need to say anything when settlements expand or when new land is stolen. No need to point out that the occupiers and the occupied are not equal players with equal negotiating power. No need to say or do anything that would undermine communal and public support for Israel. I hope that bagel tastes good!

More recently, it’s become rather obvious that the Board’s support for two-states amounts to nothing more than whatever Benjamin Netanyahu thinks it should mean.

For a quarter of a century the international consensus on the implementation of two-states has included East Jerusalem as the capital of a new Palestinian State. That, so far, remains the official UK Foreign Office position. Yet, in December 2017 when Donald Trump announced his recognition of the city as the undivided capital of the Jewish State, the Board welcomed it as a positive move towards peace. It was, said Jonathan Arkush, “an act of post-truth petulance.” to oppose it. But that “post-truth” had only been created through the annexation of East Jerusalem by Israel in 1980.

Earlier this month, when you Marie were answering questions from communal deputies to the Board about the annexation plans, you also appeared to be borrowing heavily from right-wing Israeli propaganda.

“In relation to the two-state solution, almost all serious proposals have included the incorporation of the major settlements blocks into Israel and to the safeguarding of Israeli security in the Jordan Valley as part of the final agreement.”

Whose “serious proposals” would these be Marie? I don’t recall any Palestinian negotiator suggesting that giving up 30% of the West Bank was a serious proposal. And you seem to have forgotten that a major ideological plank of the two-state solution is that it comes about after the end of a negotiated agreement. An annexation of the settlements and the Jordan Valley doesn’t really count as a textbook example of a two-sided mutually agreed deal.

You next comment to the deputies was taken straight from the little book of Trump talking points that must have come free with his ‘peace plan’ announced at the end of January.

“The question now is what happens to the remaining Palestinian autonomous areas and it’s our hope that these will form the basis of a viable Palestinian State and whether this is feasible will depend upon the players, not least the Palestinians and Israelis themselves.”

“Depend upon the players”? Not really, Marie.

Who, apart from professional Israel advocates, thinks for a moment that the “remaining Palestinian autonomous areas” disconnected, surrounded by Israeli security, and without control of borders or a military apparatus, are going to form a fully functioning independent state? Why would anyone base their “hope” on such unpromising conditions? Unless it was just more disingenuous two-state rhetoric. There are no “players” in Israel/Palestine. There is an occupying power and an occupied people. The rest is detail, and unpleasant detail too, if you care to turn your face towards it.

So it looks to me like adopting neutrality is coming far too late in the day to be in the least bit convincing.

You, and the Board have had a very right-wing interpretation of the two-state solution for some time. And the idea of annexations doesn’t seem to cause you too much of a problem based on previous Board statements. In effect, your advocacy for two-states has only colluded in maintaining the on-going status quo, itself a cover for continued settlement expansion.

Saying nothing at this critical moment in Israeli/Palestinian history only helps Israel to manage the global negative reaction that will surely happen if annexation takes place (even if it leads to little in the way of meaningful sanctions). Saying nothing proves that you and the Board care little about democracy or international law if it means having to say a critical word to Jerusalem or risk a very public debate about the role of Israel in British Jewish life.

Wanting to stand above the fray so that you can continue to “hold the community together” also begs difficult questions. What exactly are you trying to hold the Jewish community together for? What are the unifying Jewish values you want to promote? Looking the other way when a crime is committed is not a Jewish value I remember being taught in my Hebrew classes. Striving for a non-existent Jewish unity in the UK turns out to be little more than political expediency in Israel’s favour.

If Netanyahu decides that annexation is worth the short term hassle from the international community, then your past collusion and current silence will have been an important enabler. If annexation does not happen, you’ve already lost your credibility as a genuine advocate for a just peace in the Holy Land.

Marie, I fear that the Board of Deputies, along with many others who claim Jewish communal leadership in the UK and around the world, have little understanding of what values we should look to uphold or what Jewish safety and security needs to mean in the 21st century. 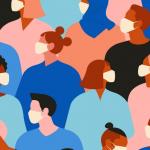 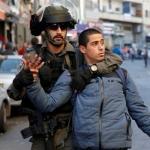 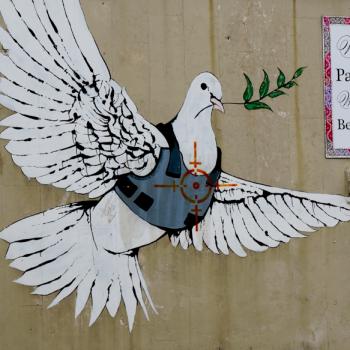 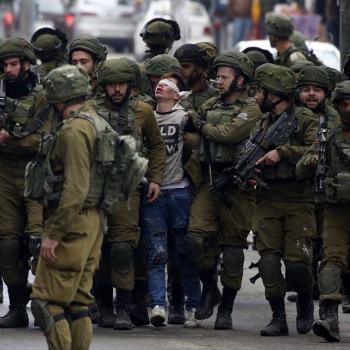 Jewish
Why Trump’s Jerusalem “reality” is good news for...
Writing from the Edge
TRENDING AT PATHEOS Jewish