Anyone for a scoop of “antisemitic ice cream”? It’s available worldwide, according to the Prime Minister of Israel who thinks that Ben & Jerry’s boycott against the treatment of Palestinians in the West Bank (“it’s inconsistent with our values”) is a blatant insult to Jews. Prime Minister Bennett’s ‘moderate’ coalition partner and foreign minister, Yair Lapid, was no less outraged by the ice cream maker’s preference for common decency, describing their decision as a “shameful capitulation to antisemitism”.

At which point you have to ask whether the word ‘antisemitism’ has melted into a brownie coloured sticky pool of nothingness. If it has, that’s undoubtedly good news for antisemites everywhere, and very bad news for Jews. In contrast, Ben & Jerry’s self-definition “Peace, Love and Ice Cream” sounds remarkably clear and convincing, considering it’s a global brand. Perhaps that’s why the hasbara manufacturers, Bennett & Lapid, hit the roof. Folks around the world are no longer buying their brand of innocence, theft, and outrage.

If that wasn’t enough counter-productivity for one day, the Israeli government’s reaction makes clear that there’s no distinction to be made between Israel ‘proper’ and the Occupied Palestinian Territories. It appears that an attack on Judea and Samaria is an attack on us all. And if Israel makes no distinction between the status of these territories and the Jewish State, then why should anyone else? As B’Tselem told us at the start of the year, the entire sphere of Israeli control and dominance is an apartheid regime. In which case Ben & Jerry’s “values” are going to be pickle flavoured if you can still buy a tub of Cherry Gacia in Tel Aviv. A good step has been made, but there are many more to go.

Of course, it not only Ben & Jerry’s who think the occupation is “inconsistent with our values”. It’s inconsistent with most people’s values. It’s certainly inconsistent with Judaism. Or at least it used to be. But somewhere along the line, Jewish nationalism drowned out what had become inconvenient themes previously dominating Jewish thought and Jewish identity. Zionism became, in the words of the UK Chief Rabbi, Ephraim Mirvis, an “axiom of Jewish belief”.

And now, we can add another axiom of Jewish belief – opposition to the Boycott, Divestment and Sanctions movement (BDS). Or to put it another way, being Jewish means being ‘anti-Palestinian’.

This is how it works.

Rather than a protest against the real, on-going, institutionalised oppression of Palestinians (in the occupied territories, within Israel itself and for Palestinians around the world) BDS is spun as being all about threats to Jews. Physical threats, threats to community and campus harmony, and threats to Jewish self-determination. BDS is also a threat to Jews because it fails to talk about Hamas and Hamas rockets, which are surely the real cause of the problem. And of course BDS is a threat to the ‘peace process’, which apparently is still a ‘thing’.

The comfort of deflection

It’s not hard to understand the motivation for all this deflection. It’s so much easier and comfortable to talk of yourself as the victim rather than the oppressor (or enabler of oppression). It avoids facing much tougher questions about what the treatment of the Palestinian people by Israel has meant, not only to them but to the nature of Jews, Judaism and the perception of the Jewish diaspora.

This anti-BDS, anti-Palestinian narrative is pushed relentlessly. This week it was being pumped out by the Zionist Organisation of America who seem remarkably happy to stoke up fears and fuel prejudice for the sake of defending Israel:

“Ben & Jerry’s boycott also abets and emboldens the African American, Arab Muslim and other antisemites who are attacking Jews here in the United States.”

You can read a slightly milder version of this rhetoric from the Conference of Presidents of Major American Organizations.

“Since Ben & Jerry’s admirably speaks out against discrimination and hatred, we are dismayed that it would ally itself with the discriminatory and antisemitic BDS Movement”

While here in the UK, Chief Rabbi Mirvis was only last week telling the Methodist Church that it was “deeply misguided and deplorable” for backing Palestinian Christian calls for divesting in companies that profit from the occupation. Apparently, it’s the Methodists who are damaging Christian/Jewish relations rather than the State of Israel. It’s an odd way of thinking.

You can only take the anti-BDS narrative seriously if you honestly think Israel is blameless; or if you believe Palestinians bring all of their woes on themselves; and if you are convinced that equality between Jews and their neighbours is essential in every part of the world apart from the place we call our national home.

The fact that a majority of Jews still buy into this nonsense is testament to the success of Zionism and the failure of Jewish education. Or more accurately, it’s down to the merging of Zionism with Jewish education which became essential to maintain the machinery and the infrastructure of an Israel-centric Jewish identity.

Personally, I don’t care for the Israeli Prime Minister, the Anti-Defamation League, the Board of Deputies, or the Chief Rabbi building a Jewish identity, theology and ethics around the denial of Palestinians to peacefully protest and call for global solidarity.

Thankfully, I’m hardly the only Jew who thinks that the establishment version of 21st century Judaism leaves a bad taste in the mouth. The fracturing of the Jewish communal Zionist consensus has been going on for decades. The latest evidence is there to be seen in the most recent Pew Research Center survey of Jewish Americans.

That gradual fracturing is now speeding up fast, mostly along generational lines, with younger Jews coming to adulthood and horrified by the endless Israeli assaults on Gaza and the killing of Palestinian children. A survey this month in America by the Jewish Electorate Institute, showed that 34% agreed that “Israel’s treatment of Palestinians is similar to racism in the United States”; 25% agreed that “Israel is an apartheid state”; and 22% agreed that “Israel is committing genocide against the Palestinians”. Even within margins of error, these results suggest the Jewish consensus on Israel is well and truly over. And with it will go any chance of making BDS toxic by damning it as antisemitic.

So now it’s time to start repairing the long-term damage. Young Jews showing genuine allyship towards Palestinians is where some of that repairing can take place. And it’s already happening with Jewish Voice for Peace some years ago committing to the Palestinian civil society call for boycotts and IfNotNow in the US and Na’amod in the UK showing their support this week for Ben & Jerry’s decision.

The good news for the rising generation is that once you scrape off the veneer of 21st century Zionism, it’s not that difficult to reframe Judaism and Jewish identity as pro-BDS. After all, Judaism talks unswervingly, incessantly, and unendingly about justice. Our obligations towards the ‘stranger’ the ‘widow’ the ‘orphan’, those most vulnerable, marginalised and powerless within society, have been placed front and centre of Jewish concern for millennia. It’s all there, it stares us in the face, it calls out to us, it makes demands of us. Or at least it used to. And it can do again.

We’ve been living through decades during which Jewish tradition has been treasured in theory but trashed in practice. We collectively proclaimed the imperative of justice right up until the moment it should be applied to ourselves. And we celebrated the Hebrew prophets and their excoriation of biblical Jewish leadership while blinding ourselves to any contemporary relevance. All that has to end if there’s to be a home and a future for young Jews in Jewish communal life across the world.

Rather than a long exegesis on Jewish learning, I’m inspired by current events to offer you instead a recipe for Jewish flavoured BDS ice cream. Perhaps we could call it ‘Barghouti and Buber’. So along with the double cream, milk, sugar and eggs, here are the extra ingredients.

N.B: If any of these ingredients are unavailable there are plenty of alternatives in the Jewish store cupboard.

Enjoy the taste of freedom for all!

July 21, 2021
Recent Comments
0 | Leave a Comment
Browse Our Archives
Related posts from Writing from the Edge 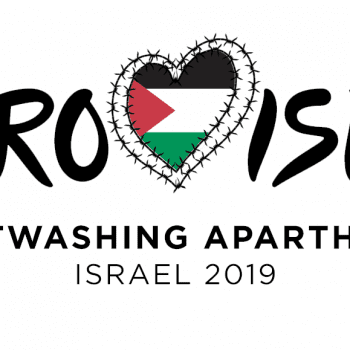 Jewish
It’s okay to use your smart phone, tablet...
Writing from the Edge