In the comments of my post on The Reddit misogyny issue, “No Excuses.“,  reader Tony B said something interesting:

Agreeing that [the Reddit response to a 15 year old posting a picture of herself with a book] are in poor taste, I’d like to go deeper and consider the minutiae of what should be acceptable and what should not. Because that, unlike hearing yet another argument over the definition of feminism, privilege, etc would actually be interesting. If there’s no interest in that sort of thing it’s not a problem. I just knew I couldn’t have that conversation on a huge place like Pharyngula without being completely drowned out by the groupthink that goes on there.

I agree: we should discuss this, and we have not discussed this enough. After all, JT can joke about kidnapping me and raping me all he wants (Okay, that’s never actually happened, but he could) and I will laugh my fool head off and probably bite him, but when strange Reddit atheists do it to a 15 year old girl, we cry foul.

Obviously, different folks might disagree over where to draw the line; That’s okay. This social issue falls on a continuum of acceptable——unacceptable, so we’ll likely discover difficulty in arriving at a consensus. That likelihood doesn’t mean we can’t make a valiant effort, though.

Reach Christina at Zizturiswrong {at} gmail [dotcom] or on Twitter @Ziztur

December 31, 2011 New Year's Resolutions
Recent Comments
0 | Leave a Comment
"http://bensargumentmaps.com..."
Ben Schuldt The New Atheists are still right ..."
"Ben, can you update your broken links? Thanks!"
afAtheist The New Atheists are still right ..."
""Nothing in the world has anything to do with you" is inaccurate if we are ..."
Sean Reesor Taylor Mali: Do Not Think of ..."
"6 years ago or 6 minutes ago: The scriptures are God's word, Sin is still ..."
usnavyvet FAITH & GAY RIGHTS: Missouri megachurch ..."
Browse Our Archives
get the latest from
Nonreligious
Sign up for our newsletter
POPULAR AT PATHEOS Nonreligious
1

Metaxas' "Donald Builds the Wall" Recalls...
Love, Joy, Feminism
Related posts from What Would JT Do?

Nonreligious
STOP ALL THE TRENDS!!?
What Would JT Do?

Nonreligious
Comment Roundup: Theists, don't do this
What Would JT Do? 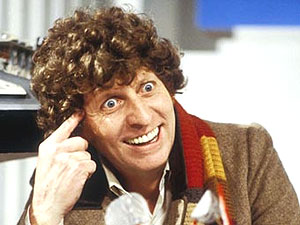 Nonreligious
Comment Roundup: Caring whether answers are actually true
What Would JT Do?
TRENDING AT PATHEOS Nonreligious