So last week I posted a The Daily Twitter in which a person with whom I engaged in conversation with attempted to “insult” me by asking if I was born a man.

In another The Daily Twitter, I was called a hermaphrodite, presumably because of my lack of belief in god.

Natalie says of herself: “She was born with a Y chromosome but totally kicked its ass.”

In case you didn’t catch that, Natalie is transgendered. As such, whenever someone throws an accusation of “born a man” or “hermaphrodite” at someone else, that someone is using people like her as an insult.

A lot of folks (particular of the religious variety) seek to undermine or discredit Transgender people by denying the identity of the trans individual. They see transgenderism as a type of insanity. They claim that trans people who undergo sex changes don’t “actually” change their gender.  They call transgenderism a destructive lifestyle. They say trans people erode the very fabric of society. They claim trans people would be better off dead. They use quotes when referring to somebody’s gender, or deny the gender of trans people (i.e. “Scott, who was born a man, says he is a woman. He even insists everyone call him Shelley”).

Some people barely see trans people as human. Having attractions to trans people is taboo. Having a mere interest in wearing the clothing of one’s perceived opposite sex is a diagnosable paraphilia.

An individual’s worth and value is not diminished by being trans – or gay, queer, disabled, old, young or poor… you get the idea.

March 3, 2012 This needs a caption
Recent Comments
0 | Leave a Comment
Browse Our Archives
get the latest from
Nonreligious
Sign up for our newsletter
POPULAR AT PATHEOS Nonreligious
1 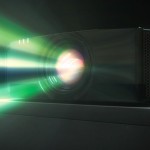