getting off your ass.

I’m not sure if you have heard this or not, but it turns out prayer doesn’t accomplish anything at all. 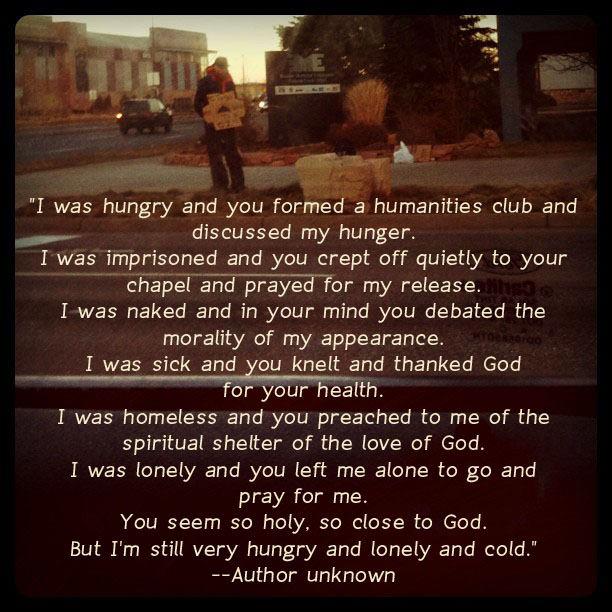 Atheism has an image problem, stemming from the fact that nobody uses the phrase “well, he’s a good atheist.”

There’s a completely undeserved monopoly on claiming goodness just because of irrational faith. People use the phrase “good christian” without giving it a second thought, as if there was any correlation between the two adjectives for a human. You claim to worship a sky tyrant, and you’re automagically a good person. You humbly suggest that perhaps we use a little data to form our decisions about reality, and you’re instantly a moral degenerate.

You can change this in a lot of ways. See the Richard Dawkins “Out” campaign for one, with the idea that atheists as a group need to humanize ourselves, and let our friends and family realize that they know and love an atheist.

Just being out as an atheist is a good start. However, activism as an atheist can take a lot of forms. One of the first things I tell people that ask about my group here in Kansas City, is the philanthropy work they can take part in.

There are some charities that won’t work with atheists, and that just sucks to be them. (Let that sink in. A “charity” that doesn’t want you to volunteer because of religion. Tell me more about how it’s a force for good in the world?) There’s lots of other options that would love to have you show up and help out, and you can improve the image of atheists at the same time.

Harvesters has warehouses, and food donations that need to be sorted: 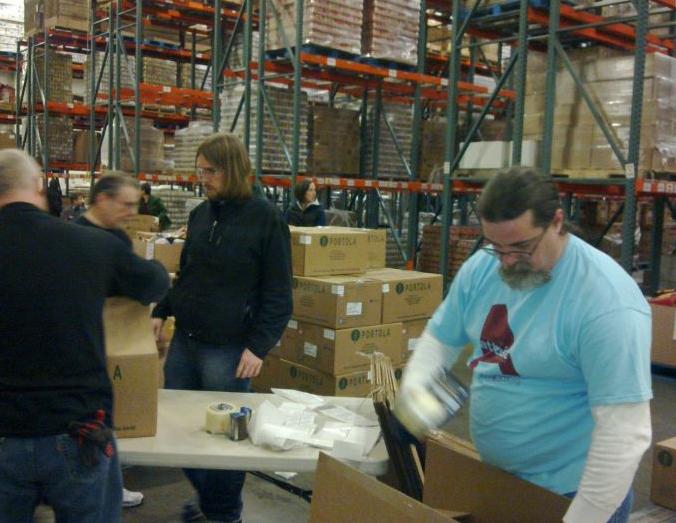 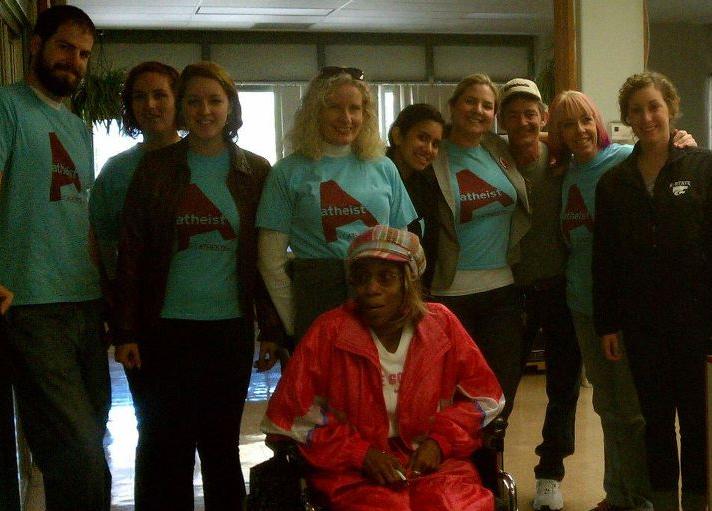 And your local community blood center would love an atheist blood drive. 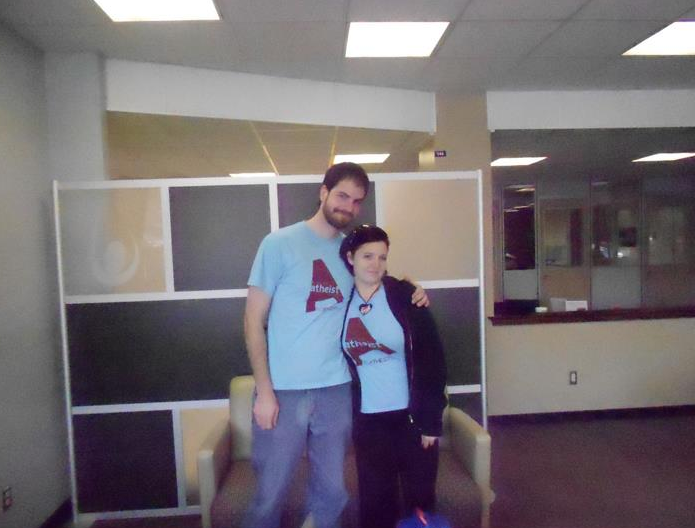 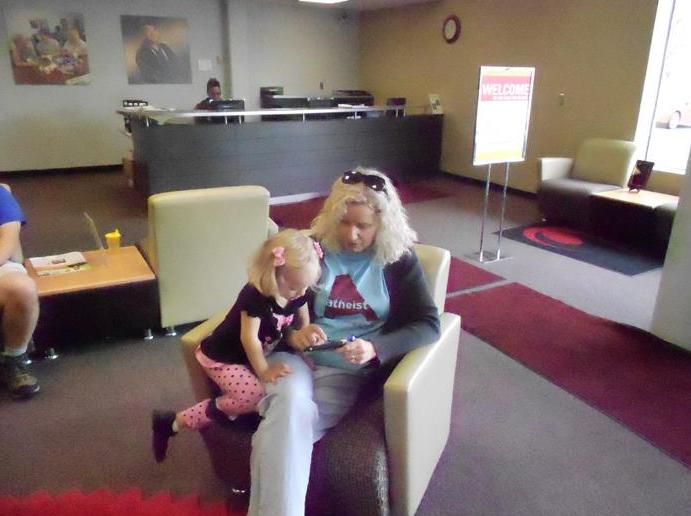 Just a few things to keep in mind. Realize that many of the charities in your area will have a religious affiliation. If they serve people regardless of faith, they will likely love to have your help.

If they’re the sort of “charity” that only will feed the homeless if those homeless also attend mandatory church services, you might want to re-consider where you donate your time.

There’s also a good chance you might be the first band of merry heathens to ask about volunteering. Let them know you’re atheists, and ask if it’s alright to wear shirts/buttons that say as much. But also remember you’re there to actually help, not to proselytize. (Something we wish everyone would remember….)

Special thanks to Amanda Brown of We Are Atheism, who organizes our philanthropy here in Kansas City! Have you submit a video to WAA yet?