Spongebob Squarepants is a fabulous threat to your kids.

Spongebob Squarepants is a fabulous threat to your kids. August 24, 2012 JT Eberhard

I always suspected.  Deep down, I always knew.

Morality police in the Ukraine are trying to get Nickelodeon cartoon SpongeBob Squarepants banned because of its perceived ‘promotion of homosexuality’.

I knew that homosexuality wasn’t a choice (unless you count the choice to watch Spongebob Squarepants).  You can try to resist, but once you start sharing adventures in a pineapple under the sea, kiss your morality goodbye.

That also explains a lot about Dr. Dave…

There’s a lot of gay in that tub.

Also, morality police?  I smell the putrid stench of Christians confusing victimless acts that produce happiness with immorality that cannot be allowed.  If god wanted them to be happy, he wouldn’t have made Christians.

How much must it suck to live in fear of so many harmless things?  Good luck selling me on a religion that forces me to live in fear that Spongebob could land my kids in an eternity of burning.

August 25, 2012 Dad on abortion.
Recent Comments
0 | Leave a Comment
Browse Our Archives
get the latest from
Nonreligious
Sign up for our newsletter
POPULAR AT PATHEOS Nonreligious
1 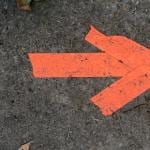