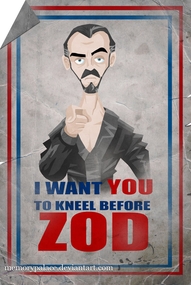 One other reason I’m going to hell.  I collect them like Pokemon.

The Roman Catholic Bishop of Springfield, Illinois, is warning that the Democratic Party has endorsed “intrinsic evils” and consequently, voters who back Democratic candidates have put their eternal salvation at risk. In the Catholic Times, the official newspaper of the Springfield diocese, Bishop Thomas John Paprocki uses the manufactured controversy about mentioning “God” in the Democratic Platform to argue that the Democrats are hostile to faith, and went on to attack Democrats for endorsing gay rights and opposing the criminalization of abortion. He said those two planks demonstrate that the Democrats “explicitly endorse intrinsic evils,” while noting that he has “read the Republican Party Platform and there is nothing in it that supports or promotes an intrinsic evil or a serious sin.”

Yes, that’s the institution that regularly protects men who raped children attempting to tell you what is or is not evil.

This part cracked me up especially.

Paprocki concludes with a warning that while he is “not telling you which party or which candidates to vote for or against,”…

Because if he did, that means some of the Church’s opulence could be subject to taxation in the USA, and we can’t have that.

…backing the Democratic Party may put your eternal salvation at risk: “a vote for a candidate who promotes actions or behaviors that are intrinsically evil and gravely sinful makes you morally complicit and places the eternal salvation of your own soul in serious jeopardy.”

I’m not telling you who to vote for, but you’ll burn for eternity if you don’t vote for Romney.  So freaking dishonest.  If you can’t win with facts and you have no moral compass, try to win with implicit threats.  Remember, these are the guys trying to tell you where the evil behavior lies.

And you can trust ’em like you trust the mob.  “You ain’t gotta pay your protection money every month, but if you don’t, something might just happen to your house.”

September 27, 2012
God doesn't want your kids in school
Next Post

September 27, 2012 HOLY CRAP NEW COMET!!!
Recent Comments
0 | Leave a Comment
Browse Our Archives
get the latest from
Nonreligious
Sign up for our newsletter
POPULAR AT PATHEOS Nonreligious
1

The Tower of Babel, Immigration, and...
A Tippling Philosopher
Related posts from What Would JT Do?