Chick-Fil-A having a change of heart?

Chick-Fil-A having a change of heart? September 19, 2012 JT Eberhard 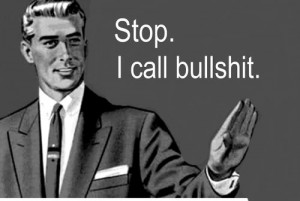 Hrm, reports are coming out that Chick-Fil-A might be ready to do a 180 on its financial support of hate groups.

A Chicago-based lesbian, gay, bisexual and transgender (LGBT) advocacy group reports that the restaurant chain — which was at the epicenter of a media firestorm this summer after its president confirmed his company’s anti-gay stance — has agreed to cease donations to right-wing groups that oppose same-sex marriage.

In a press release, the Civil Rights Agenda (TCRA) cites Alderman Moreno as confirming that Chick-fil-A officials declared in an internal document that the company “will treat every person equally, regardless of sexual orientation.” TCRA reportedly served as an advisor to Alderman as he negotiated these concessions with Chick-fil-A executives, though details of exactly what those negotiations entailed remain unclear.

I’ll believe it when I hear it out of Dan Cathy’s mouth.

Not that such a reversal is unbelievable.  If history has taught us anything, it’s that the fight between all-powerful god and the almighty dollar was conceded by the church long, long ago.