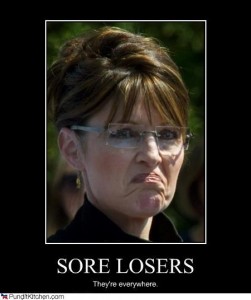 Today is the one year anniversary of the death of Don’t Ask, Don’t Tell.

Somehow we’ve survived the end of military cohesiveness.  The army has endured the death of recruiting.   There was also the mass exodus of troops that we were assured would take place.

From the vantage point of the present, it is transparently clear that the death of DADT was really the biggest non-event ever.  All the uproar at the time was just a bunch of paranoid, unsupported homophobic bluster.  It is equally clear, but infinitely more embarrassing, that none of the “sky-is-falling, end-of-the-world” folks who fear mongered against DADT’s demise have had the integrity to say “Oops, our bad.”

September 20, 2012 Sam Harris' article and support for the idea that Islam is barbaric.
Recent Comments
0 | Leave a Comment
"http://bensargumentmaps.com..."
Ben Schuldt The New Atheists are still right ..."
"Ben, can you update your broken links? Thanks!"
afAtheist The New Atheists are still right ..."
""Nothing in the world has anything to do with you" is inaccurate if we are ..."
Sean Reesor Taylor Mali: Do Not Think of ..."
"6 years ago or 6 minutes ago: The scriptures are God's word, Sin is still ..."
usnavyvet FAITH & GAY RIGHTS: Missouri megachurch ..."
Browse Our Archives
get the latest from
Nonreligious
Sign up for our newsletter
Related posts from What Would JT Do?