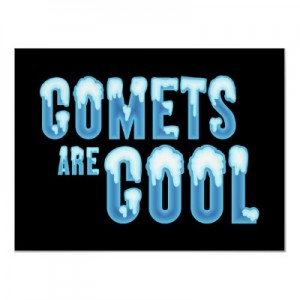 A new comet has been discovered that is predicted to blaze incredibly brilliantly in the skies during late 2013. With a perihelion passage of less than two million kilometres from the Sun on 28 November 2013, current predictions are of an object that will dazzle the eye at up to magnitude —16. That’s far brighter than the full Moon. If predictions hold true then C/2012 S1 will certainly be one of the greatest comets in human history, far outshining the memorable Comet Hale-Bopp of 1997 and very likely to outdo the long-awaited Comet Pan-STARRS (C/2011 L4) which is set to stun in March 2013.

The new comet, named C/2012 S1 (ISON) was found by the International Scientific Optical Network (ISON) in Russia on 21 September…

It had better not be going around offending religious feelings then!  Although, it would be kind of cool to have it around for three years.  🙂