Please read this post all the way through.  It’s short.

Camp Quest and the Secular Student Alliance, along with Foundation Beyond Belief, were nominated by Chase employees for the Chase Community Giving program.  Here’s the deal: Chase doles out $5 million dollars to groups that were nominated.  The organizations get a portion of that cash based on how many votes they get on facebook.

I’d like to direct you guys back to what I said about Camp Quest recently:

I will make an additional, personal plea on behalf of Camp Quest.  They are behind the other three organizations yet, in my estimation, they are atop the pile in terms of importance.  Go vote for them.  It will take you maybe, maybe sixty seconds to click “allow app” and “vote.”  Surely if you give the first shit about this culture war you can spare sixty seconds.  You could also go the extra mile and tell your friends to vote for them.

Amanda Metskas, the Executive Director of Camp Quest, has a near-magical ability to make money go further than anybody else thought it could.  She will do wonders with the kind of money Camp Quest could win here.

And, if you’re looking to donate, trust her with your money.  You won’t regret it.

Right now Camp Quest has 1,404 votes.  That’s all.  Only 1,404 for one of the most important things the atheist movement can be doing.  I know a lot of the readers here have gone and voted, but they need more! Camp Quest only needs to gain 100 more votes on the group presently at the $20k barrier to go from $10,000 to $20,000.  That’s a lot of money, especially in the hands of Amanda Metskas.

Please, please, please, if you haven’t, go do it.  It won’t take a dime out of your day.  It might, if you’re slow, take a whole minute.  That little click is not meaningless.  In fact, it means a ton!  If you care about this movement, this is a way to make a potentially enormous impact with a minimal amount of effort.

And please, please, please share this information.  Get everyone you know to vote.  Voting ends tomorrow and they need as many votes as possible before then.  If we can’t get more than 1500 people to click “yes, I’d like Camp Quest to have 10,000 more dollars” then there’s something really wrong with atheist activism.

And, if you want to go the extra mile, toss a vote at the other atheist orgs while you’re at it.  If the Secular Student Alliance drops a couple more spots they lose $30,000.  If Camp Quest is important to you, it should be equally important to put some bucks into the hands of the organization that helps these kids when they get a little older.

To vote for the Secular Student Alliance, click here.

Thank you, everyone.  *hug*

They’re in!  It didn’t take long to move Camp Quest into the $20k bracket.  Now we have to keep them there.

But let’s not stop, eh?  Apparently well over 100 clicks is easy.  Right now Camp Quest is at 1551 votes.  They’ll need about 3k (maybe slightly more) total votes to move into the $50k bracket.  That means they need another 1500 votes.  There are undoubtedly 1500 atheists out there with 60 spare seconds.  If all the readers of this site alone voted we’d have way more than enough votes.

Vote here!  Vote here!  And tell your friends.  We have until the end of tomorrow to make this happen! 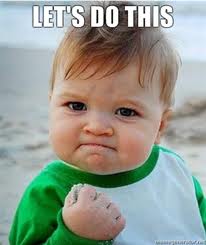 Barna Group Sure Hopes Gen Z...
Roll to Disbelieve
Related posts from What Would JT Do?

Nonreligious
This weekend is the Extra Life fundraiser! Here's...
What Would JT Do?

Nonreligious
The story of the charity that's rejecting about...
What Would JT Do?
TRENDING AT PATHEOS Nonreligious