The following is a guest post by Dr. Darrel Ray, founder of Recovering From Religion, The Secular Therapist Project, and author of The God Virus and Sex & God: How Religion Distorts Sexuality. 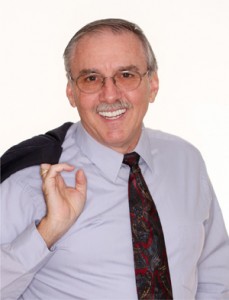 Sexual Shame in our Politics

The real crime, according to religionists, is not being ashamed of being homosexual, having an abortion, masturbating, practicing safe sex or premarital sex. These are a direct affront to those who believe these behaviors are shameful. Thus the religious rage against unashamed sexuality. The proof is in how Ted Haggard, Jimmy Swaggart, Sen. David Vitter, Newt Gingrich, (and I predict, Dinesh S’Souza) have all come back. Once they show proper shame, they are allowed back into religious leadership roles. That is why liberals cannot be forgiven for just sexting (think Anthony Weiner), while a conservative religionist can engage in all kinds of sins, and still get forgiven by the community.

Over the last three decades, the Religious Right has been promoting politicians that take these shame messages into the political sphere. Whether Michelle Bachman or Todd Aiken, Rich Santorum, Mike Huckabee or Mitt Romney, these politicians are masters at evoking the shame triggers people learned in church. It is a brilliant strategy that successfully ties religion into the political arena and circumvents actual examination of policies and issues. The key to winning is to evoke the shame/fear response, and people pull the lever for the religious candidate. That is why overt religiosity has become so important in many parts of the country.

This is exactly the approach I examined in The God Virus and predicted that it would get worse in Sex and God. Just this week, we have seen the ultimate expression of the shame approach – after 50 years, Billy Graham has now taken Mormonism off his list of cults! Absolutely unbelievable, except in the light of the role of shame in political messaging. Shame is the glue of almost all religions. Billy Graham knows this, intuitively. If the culture successfully deshames sex and sexuality, Billy’s religion along with Mitt Romney’s Mormonism and most others will decline. In my opinion, this is the key to understanding the religious dynamics of the last four election cycles, and probably many more.

Nonreligious
Guest post from Lucien Greaves of The Satanic...
What Would JT Do?
TRENDING AT PATHEOS Nonreligious