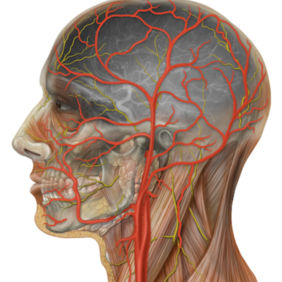 Our drive to curiosity and adventure is so inspiring at times.

Example #1: Amateur astronomers have discovered a planet with four suns!

NASA’s website calls the phenomenon a circumbinary planet, or a planet that orbits two suns.

Rare enough on its own — only six other circumbinary planets are known to exist — this planet is orbited by two more distant stars, making it the first known quadruple sun system.

In this case, the Planet Hunters group made data from NASA’s $600 million Kepler telescope available to the public through its website and coordinates their findings with Yale astronomers.

In combing through the data, “Citizen scientists” Robert Gagliano and Kian Jek spied anomalies that confirmed the existence of the special planet, now known as PH1 — short for Planet Hunters 1 — the first heavenly body found by the online citizen science project.

The planet is a little bigger than Neptune, with a radius about six times greater than Earth.

“I celebrate this discovery for the wow-factor of a planet in a four-star system,” said Natalie Batalha, a Kepler scientist at the NASA Ames Research Center at Moffett Field, California.

“Most importantly, I celebrate this discovery as the fruit of exemplary human cooperation — cooperation between scientists and citizens who give of themselves for the love of stars, knowledge, and exploration.”

We also dropped a human being from space! 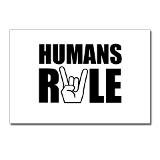 Perhaps the best quote was from Felix Baumgartner, the jumper, as he stood perched on the edge of his balloon before the jump.

“Sometimes you have to go up really high to understand how small you are.”

With new knowledge and new experiences often comes humility.  The universe was not made for us.  We are a tiny morsel in an infinite array which, if we apply our collective intellect to its fullest, will reward us with discovery after wondrous discovery for the sum of our stay in the cosmos.  When the first humans looked to the stars, some decided that they already knew how the stars came to be, and they named their ignorance “god”.  The others decided they needed to know about the stars and yearned to touch them.  Thousands of years later, with no help beyond our flawed, but spectacular minds, we are realizing that dream.

Humans are capable of such glory…and such horrors.  While science was busy dropping a man from space and finding new worlds, religion was busy praying for change and shooting a 14 year-old girl in the head for wanting equality.

Here’s to a humanity that recognizes the best of us.

October 16, 2012 Tuesday conversation: Presidential debate #2.
Recent Comments
0 | Leave a Comment
Browse Our Archives
get the latest from
Nonreligious
Sign up for our newsletter
POPULAR AT PATHEOS Nonreligious
1