Interview with Katherine Stewart, author of “The Good News Clubs”.

Below is a guest post from Katherine Stewart, author of the book The Good News Clubs, which was instrumental in my work with the SSA. 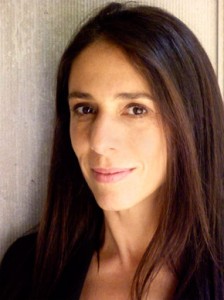 Katherine Stewart here, author of The Good News Club: The Christian Right’s Stealth Assault on America’s Children. JT invited me to be a guest blogger. He sang for me arias in German, Italian, and French and performed several magic tricks. I had no choice but to agree. So today I’ve decided to interview myself.

What’s wrong with duping five-year-old kids into believing that their public school wants them to believe in a fundamentalist version of evangelical Christianity?

That’s exactly the kind of question I’ve been asked many times by the mainstream press, though they are usually a little more polite about it. So let me tell you the story:

I was an ordinary mom in an ordinary Southern California town. The culture wars seemed far away. I thought the problem was all in Kansas. The only thing we fought over was surfing versus paddle-boarding. Then one day, a group calling itself “The Good News Club” came to my daughter’s public elementary school.

The program described itself as “Bible study” from a “nondenominational” standpoint. But it soon became clear that the real purpose of the group was to convert very young children to a fundamentalist form of Christianity and to get them to try to recruit their “unchurched” peers to the Club.

I started hearing stories from parents around town whose kids went to schools where Good News Clubs had recently been established. I began to realize that Good News Clubs were turning kids into faith-based bullies.

Here’s an example: A six-year-old I know named Zoe was playing in the schoolyard when her classmate Ashley, who had just started attending a Good News Club, said to her, “You are going to hell because you don’t believe in Jesus.”

Zoe objected, saying, “That’s not true.” When the teacher, overhearing the exchange, started explaining that different people believe different things, Ashley was devastated. “How can that be?” she started sobbing. “I know it must be true because I learned it in school, and they don’t teach things in school that aren’t true. How can they lie to us in school?”

This story gets to the heart of the trouble with the Good News Club: I don’t have a problem with children talking about their religion, if any, with their friends at school. But I do have a problem with Ashley believing that her particular religious beliefs are coming from the school.

That perception on Ashley’s part was no accident. Good News Clubs, which are sponsored by an organization called the Child Evangelism Fellowship, are a thinly disguised effort to convert kids as young as kindergarten-age to a fundamentalist form of Christianity by giving them the false but unavoidable impression that the school endorses that particular religion.

Right now there are over 3000 of these Clubs in public elementary schools across the country. At their national conventions, keynote speakers promote creationism, assert that public education without Jesus is satanic, and rail against the so-called “homosexual agenda.” As I did more research, I realized that as problematic as it is, the Good News Club is just one of many dozens of similar initiatives by religious fundamentalists that are intended to infiltrate the public schools and repurpose them with a Christian nationalist agenda. Hey, it’s time for another question!

Don’t you believe in “religious liberty”?

I sure do. But today, we tend to think that religious liberty is the freedom of religion — as in, the freedom of people with certain convictions to impose their unfounded, sometimes pre-modern ideas on everybody else in society. I want more freedom. I want the freedom to send my kids to public school without worrying that they will be fed superstitious doctrines in place of education. And I want the freedom to question and criticize any belief without having to stop for fear of offending someone’s aura of the sacred. These days, when you hear calls for “religious liberty” from the right, what they are usually seeking is expanded privileges for their religion alone.

What about the infiltration of schools by “the gays”?

Seriously, that is what I was asked in an interview this week by a major Christian media outlet. Because we all know that “the homosexuals” are out to convert every five-year-old they can lay their hands on to their “lifestyle choice.” As one of the masterminds behind the legal strategy that made the Good News Club possible, Mat Staver describes the so-called “homosexual agenda” in the title of his book: Same-Sex Marriage: Putting Every Household at Risk. To which I respond: If you can find GLBT groups indeed attempting to deceive five- and six-year old children that the school wants them to join in on that particular “lifestyle choice,” then I will write an investigative book about them just as I did about the many religious fundamentalist groups that unabashedly do exactly that.

Find out what’s going on in your school or the schools in your area. Support whatever initiatives you can that are working to keep church and state separate. Do what you can to make sure that the conservative majority on the Supreme Court doesn’t get any bigger. And for pete’s sake, buy my book!

October 9, 2012 Cranky manager?
Recent Comments
0 | Leave a Comment
Browse Our Archives
get the latest from
Nonreligious
Sign up for our newsletter
POPULAR AT PATHEOS Nonreligious
1

Nonreligious
Solipsism and Atheism
What Would JT Do?

Nonreligious
Christians are now exiled from society
What Would JT Do?
TRENDING AT PATHEOS Nonreligious