I sure hope Obama shows up for this one.  I suspect he will.  Still, as much as Romney is taking some pretty serious lumps right now with regard to foreign policy, I’d just as soon the Dems send Biden to knock him around.

Still, the Prez is no slouch in that department. 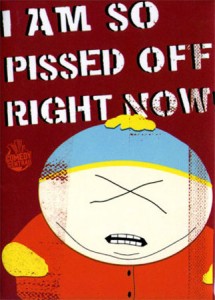 I’d just settle for some honesty from either candidate.  I mean, just check politifact.  We have Obama and Ryan and Romney exchanging blatant lies.  Do they just not know how easy it is to fact-check stuff nowadays?  Do they think the internet is just for ranty blogs and kittens?  Admittedly, I’m hugely pro Obama, but not because I think he’s a great president, but because I think Romney lacks a heart.

I’d love to see Obama pressed on defending torture and prosecuting whistleblowers (though I doubt it will happen).  I’d also like to see Romney try to manufacture an aura of competence with regards to foreign policy and I’d love to see him have to play “hide the tax plan specifics” some more.

Anyway, you can discuss how important this debate is, what questions you’d like to hear asked, and just politics in general.  I’ll be attending a meeting of the SSA on the KU campus tonght at 8pm EDT.  Hopefully I can be back home by the start of the debate and, if so, I intend to live-blog it.  At that point, the discussion can move to that thread. 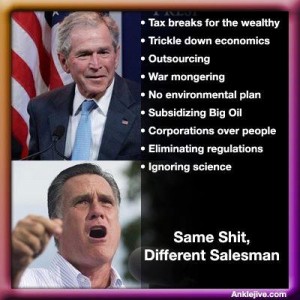 Andrew Sullivan has a good post up about what Obama needs to do in the debate tonight aside from showing up.

Link Romney to Bush on policy. Absolutely crucial. This would sound something like: “Friends, let’s look over a little recent history. In 2001 President Bush came into office saying he was going to cut taxes and decrease regulations on Wall Street and the banks, and the economy would go gangbusters. Well, he did that, and we saw what happened—record deficits and the biggest economic crisis in 80 years.

“I’ve spent the last four years digging us out of this ditch. No help from the other side, mind you. But I have, and now we’re finally getting somewhere positive—the lowest unemployment rate in four years, the highest consumer confidence in five.

“And along comes my opponent here, and what’s he say? He wants to cut taxes and repeal regulations on Wall Street and the banks. Exactly the policies that created the crisis in the first place. Friends, I know your memories aren’t that short. They’re gonna take us right back to where we were.”

The Strange Sad Story of Olive...
Daylight Atheism
Related posts from What Would JT Do?