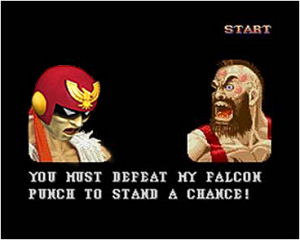 Literally.  This weekend is the first annual retro gamers for goodness fundraiser.  Jason Thibeault and I will be hanging out on a live-stream talking religion, politics, retro gaming, etc.  The whole time we’ll also be live-streaming the retro games we’re playing.

Jason has just released the names of some of our guests…

I’ve gotten confirmation that Russell Glasser, Stephanie Zvan, Ashley Miller, Brianne Bilyeu, Kylie Sturgess and Avicenna of FtB will all make appearances, but the fun doesn’t stop there. Debbie Goddard of Skepchick and CFI will be hanging out, and if we can manage, she and Russell will make players 3 and 4 in a round of Ninja Turtles and/or Simpsons (the arcade games). Lux Pickel will be visiting from Teen Skepchick, Glendon Mellow the Flying Trilobite will (I hope) find a chunk of time in his busy schedule to jump on and maybe geek out about comic book video games, and Dr. Dave who co-blogs at WWJTD is also hopefully going to make an appearance.

Some guests will play, others will just skype in and chill with us while we ignore our carpel tunnel.  I’m excited to put my skills to the test.  😀

As far as games go, so far we know for sure we’re playing:

And we’ll be tying down tonight which other games from our long list will make our final list.

I’d like to see if we can manage some Smash Brothers, as that’s one of the best multi-player games ever in my opinion.  Maybe some Mario Party.  What games would you like to see?  We’ve finally got the ability to play arcade games over the intertubes, so those are options!  What games would be good for fundraising games?

We’ll also be taking call-ins for questions/requests while we game, and I’ll have all that info posted toward the end of the week.  For those who didn’t catch the first post, we’ll be raising money for both Camp Quest and the Women in Secularism conference.  I’m really excited about this!  😀

We’ll post donation buttons toward the end of the week and tell you where you can tune in to the live broadcast.

November 27, 2012 Atheist images from around yon web.
Recent Comments
1 Comment | Leave a Comment
"How about transgender kids being denied the right to play sports, and conservative Republicans banning ..."
Joann 40 harmful effects of Christianity.
"You seem moronic and infantile"
Christopher Mankey Frank Turek fears me. Also he ..."
"Don't You Lot tire of making this Same Accusation? Its just Dogma, something You deny ..."
skwills Thoughts on the soup kitchen that ..."
"But did they Actually go help that Soup Kitchen."
skwills Thoughts on the soup kitchen that ..."
Browse Our Archives
Related posts from What Would JT Do?