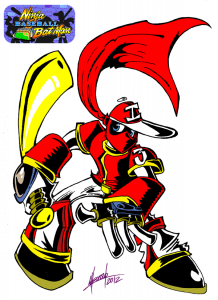 Oh man, so much good!

First, what are we doing?  Jason Thibeault from the Lousy Canuck blog and I are going to be playing retro games for 24 straight freaking hours on Saturday!  We’ll be live-streaming our lovely faces along with our games.  We’ll be talking about all kinds of interesting stuff from atheism to politics to gaming history, and we’ll be taking call-ins, email questions, etc.  We’re doing this to raise money for Camp Quest and the Women in Secularism conference.

On Saturday, starting at noon EST, the live-feed will be embedded here on this blog as well as on Jason’s blog.

I’ve spent some time seeing if we can run some of the arcade games from my youth which I never got to beat because it cost too many damn quarters.  Old school arcades will be playing include:

And Altered Beast?  That game took so many of my quarters as a kid!

I know for sure that we’ll have 4-player Simpsons going on with me, Jason, the CFI‘s Debbie Goddard, and Russel Glasser of the Atheist Experience (who is getting ready for the challenge!).  As far as other games go, we’re looking at:

I’m still putting together a list of ways people can pledge money.  So far I have:

If there are any topics you want to hear discussed during the live-cast, leave them in the comments.  Also leave any games you’d like to see played or any challenges that might move you to make a pledge.

We’re also working on Smash Brothers and Mario Party for the N64, which is about as advanced as we can go and still call it retro gaming.  I hope you’ll swing by this weekend and chill with us.  And help spread the word: I want the company (I’m terrible at staying up all night, I like my sleep) and more donors would be awesome!

Tim Keller Pushes the Myth of...
Roll to Disbelieve
Related posts from What Would JT Do?