Right out of the gate, my first post ever on WWJTD, and the next thing I know I’m seeing my chosen topic everyfreakingwhere on the Interwebz, and my information was … not as good as I thought it was. Shit. I’m embarrassed. This had better not be a harbinger of things to come, I mutter darkly to anyone in earshot.

So, here’s the down-low. In 2007,  the pastor of the Living Word Christian Center in Minnesota had announced – from the pulpit – his endorsement of Republican Michele Bachmann for her reelection to the US House of Representatives.  This was a clear violation of 26 U.S.C. §501(c)(3), the Internal Revenue Code that allows exemptions from tax on certain non-profit corporations, trusts, and certain other entities.

Some gung-ho atheist activist (or maybe it was just somebody who detested Michele Bachmann on general principles; I hear such folks are common in certain circles) complained to the IRS. The Director of Exempt Organizations, Examination (DEOE) sent a notice to the church that it was initiating an investigation. According to the church, that office was not high-ranking enough to initiate the investigation, so when the inevitable administrative summons came, it refused to comply. Naturally, the IRS took the church to court to force compliance with the summons.

Special requirements must be met to investigate a church for tax noncompliance. The Church Audit Procedures Act, found at §7611 of the Internal Revenue Code, is intended to keep the government out of church affairs as much as possible. The Act allows a church inquiry when “an appropriate high-level Treasury official reasonably believes” that the church is no longer in compliance with the requirements of 501(c)(3). It defines “appropriate high-level Treasury official” as “the Secretary of the Treasury or any delegate of the Secretary of the Treasury whose rank is no lower than that of a principal Internal Revenue officer for an internal revenue region.” The regional commissioner, who this definition referred to, was one level removed from the Commissioner of the IRS. 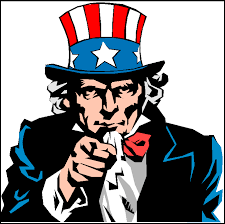 The catch was this: in 1998 the IRS eliminated the position of the Regional Commissioner, which was the “principal Internal Revenue Officer for an internal revenue region.” In fact, the IRS did away with regions altogether, and restructured its chain of command by subject rather than by geographic area. Since the position of “principal Revenue Officer for an internal revenue region” no longer existed, and Congress did not amend the definition of “appropriate high-level treasury official” in the Church Audit Procedures Act, there was no one authorized by the statute besides the Secretary of the Treasury who could make the “reasonable belief” determination and launch an investigation of a church for not adhering to 501(c)(3) requirements. The DEOE, which had made the “reasonable belief” finding and launched the investigation into the Living Word Christian Center, was four levels below the IRS Commissioner, and therefore not ranked equivalent to the former position of Regional Commissioner.

With this opinion in one single federal District Court in one single state, IRS investigations of churches came to an inglorious screeching halt. The purpose of the Church Audit Procedures Act was more than fulfilled: government basically could no longer touch churches, even when they were blatantly violating the tax code. Churches are free to meddle in government, without repercussion, at least until the definition of “appropriate high-level Treasury official” is amended, or until the position of Regional Commissioner is reinstated. 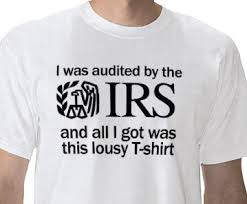 I checked the Code of Federal Regulations. Nope, the masses blogging and reporting about this matter over the last week are right: the regulation intended to help the IRS enjoin flagrant political activity by 501(c)(3) organizations has not been updated since December 1995. Although some religious news sources advise caution, other religious news outlets celebrate, since that means church can invade the state, but the state cannot invade the church.  An attempt to update it was made in 2009, after a decision by the U.S. District Court in Washington, D.C. noted the problem, too, but despite a public hearing having been held on the matter, nothing has yet been done. That may be because Congress will have to act, and by the time of the public hearing on the matter in January 2010, the Republicans had retaken the U.S. House of Representatives, the Tea Party held sway over all political decisions, and progressive government essentially ground to a halt.

But the ruling in the Minnesota case only applies to proceedings to enforce a summons issued by the IRS, not to actual enforcement of the law, so presumably there’s some other way to address the issue. Presumably. Maybe. If there is, I can’t find it. Shit.

What gets me is the IRS guy I spoke with while writing my piece last week told me that the IRS is still taking complaints about political over-reaching by churches. He directed me to the appropriate form, and he said that it definitely should be filed. When I started stumbling across article after blog post after news item about this, I had to wonder about the disconnect. Now, after actually researching the history of the problem, it seems ludicrous to me that Tim Geithner or any Treasury official ranked one level below him is going to bother themselves with hundreds of complaints about churches. In fact, it seems ludicrous that any Treasury official ranked that high would. Maybe that’s why only one church has ever had its tax-exempt status yanked, ever. Ever.

How the hell is it that we’re supposed to have a separation of church and state, but that separation can only go one way? Government has to keep out of church business – and I agree that it should, unless the church is violating the law. But when the church gets all up the the government’s business, and I find out that the government has essentially hamstrung itself so that it can’t take remedial action, my blood boils.

I live in one of the most Christian-dominated states in the U.S. If we are to trust the numbers collected by the Huffington Post, though, probably only half of Americans are strong Christians. That leaves the other half of us, who aren’t riding the Jesus Train and think we ought not to have a theocracy, wondering why churches are allowed to have such strong voices, and why they are allowed to drown out the other half of us.

Then I consider when this happened. The decision by the Minnesota District Court was issued January 30, 2008, just 15 days after Barack Obama was sworn in as President. And something started to be done by the summer of 2008, but federal rule-making takes a long time. And by the time it came down to it, Congress was cram-packed full of tea-partying wackjobs and I guess the Treasury Department was a bit sidetracked, what with the biggest economic crisis in a century enjoying prominent headlines and the Treasury Department embroiled in a little problem having to do with things like debt ceilings and such.

Why do we have laws that aren’t enforced? Before you think this is a rhetorical question, consider the likes of Charlie Fuqua, an incumbent Republican candidate for the state legislature from my own home state, who thinks we ought to pass a law permitting parents to kill their disobedient children. After all, the Bible says it’s fine. And we won’t really enforce it, just hang it over the little darlings’ heads until they stop behaving like mini-monsters.

Then there’s the notorious Billy Graham ad. Fortunately, FFRF is all over that one. OF course, the letter Annie Laurie Gaylor sent to the IRS demanding an investigation was sent to the DEOE – yes, the same official the Minnesota District Court said wasn’t high-ranking enough – so it may not go anywhere unless it gets kicked up the chain of command.

But the media is reporting on it, supplying the quotes from church leaders, photos of church marquees, and reports or violations that the IRS will need if it ever gets its administrative ass in gear and decides to institute Regional Commissioners or persuade Congress to correct the structural issues based on the Treasury Department’s structural reorganization.

As for those of us who feel strongly that churches do not speak for us and should stay out of politics, we can still form brigades waving stacks of Form 13909, filling them out and submitting them to the IRS in hopes that the government will actually get around to enforcing the law.

Sure, the First Amendment stands for free speech, but it also stands for separation of church and state.

Frankly, it wouldn’t be such a bad thing if all churches paid taxes. Render unto Caesar and all that, you know.

Got a legal question? Email me at anne@aramink.com. I’m a lawyer, but there’s only a 2% chance I’m licensed in your state. Whether I answer your question or not, sending me an email or reading this blog post does not create an attorney-client relationship between us. You can see my regular blog at www.aramink.com, where I write book reviews, ruminate on Life, the Universe, and Everything, and occasionally – frequently – rant about Stuff.

November 8, 2012 The Week in Review - Law and Atheism 11/08/2012
Recent Comments
0 | Leave a Comment
Browse Our Archives
get the latest from
Nonreligious
Sign up for our newsletter
POPULAR AT PATHEOS Nonreligious
1

Tim Keller Pushes the Myth of...
Roll to Disbelieve
Related posts from What Would JT Do?