Making the world a better place, with your balls.

There’s large parts of the world that are war torn, and poverty stricken. Kids make the best of the existence they have with play, most commonly soccer.

“The only thing that sustained these kids is play,” said Mr. Jahnigen of Berkeley, Calif. “Yet the millions of balls that are donated go flat within 24 hours.”

The good? Lots of sports companies and charities donate soccer balls to these areas, and the kids get something they can play with.

The bad? Those balls go flat almost immediately due to the rocky and tough areas they play in.

The kids do the best they can. But a soccer ball made from garbage and wire/string just isn’t the same. Long story short? An inventor created a soccer ball that won’t go flat. 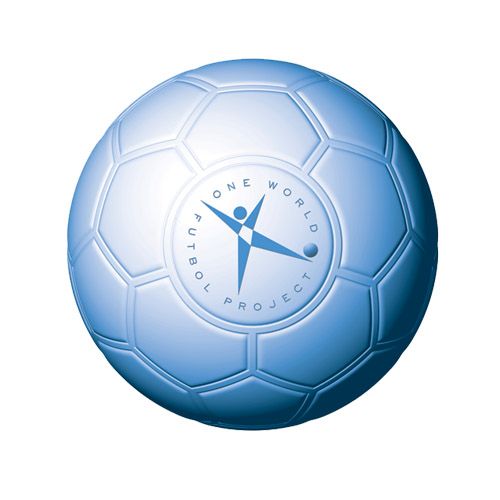 To test the balls’ durability, Mr. Jahnigen sent them to places like Rwanda, where they were used at a camp for former child soldiers. A lion at the Johannesburg Zoo, who would go through six regular balls a day, played with two balls. A German shepherd spent a year biting on a ball. In every case, the balls withstood the abuse.

You can buy one, and every purchase of 1 ball = 1 ball donated to a kid in poverty.

Totally unrelated, Obama with a pirate: