Some days you roll out of bed and it’s just one of those days: the birds are singing, it’s 70 degrees outside, and Rick Santorum has joined the WorldNUTDaily which is now calling for a secessionist movement for white people.

Yesterday, WorldNetDaily announced that Rick Santorum will become a regular commentator for the conspiratorial “news” site. And now, the former U.S. Senator and presidential candidate will get to share space with other commentators like Vox Day, who today uses his column to call for a new secessionist political party to resist the growing numbers of racial minorities.

Day was writing about British Prime Minister David Cameron’s resistance to attempts by the Scottish National Party (SNP) for Scotland to leave the UK and a campaign by the UK Independence Party (UKIP) for the country to leave the European Union. He writes that the SNP and UKIP can serve as a model for “white Americans who still hold to traditional values” to start a new country and leave the U.S. He claims that whites have every reason to secede as the “English people and the Scottish people have far more in common than Americans do with the tens of millions of post-1965 immigrants from various non-European nations around the world,” whom he says are ruining America.

Right now there is a schism in the GOP.  There are those who want to win some elections by listening to the voters and becoming more moderate.  Those Republicans see the need to pick up ascendent voting blocks (like racial minorities and women) rather than relying almost exclusively on a voting block that is, frankly, dying.   They are, therefore, very aware of the need to keep the racism at the GOP’s core on the down low.

On the other side are the ones who want to double down on the crazy, and who are proud to be the party of fundamentalist racists.  To an extent, I can admire this group more (er, I can disrespect them less…).  They are at least honest, even if they’re honest because they’re too stupid to know this is a doomed strategy that will get beaten down severely time after time at the polls in the future.  I’m also grateful to them, since their honesty will make it difficult for the other, smaller group of politically savvy Republicans to lie about their outlooks on minorities, gays, women, etc.  The Republicans playing moderate will neither repudiate nor purge the racists, because their votes are too valuable. 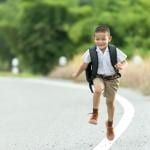