The Catholic Church: Life at all costs, unless we have to pay for it.

The Catholic church’s position on abortion is pretty clear. It’s a full person from conception, and must be be given birth to. They’re a stickler on this one, making it a major point of their part of any culture war. 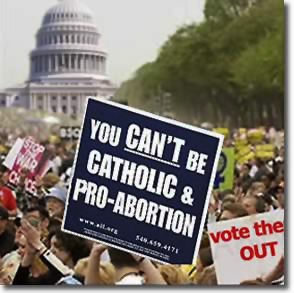 New Years day, 2006. A woman is rushed to the emergency room of a Catholic hospital, 7 months pregnant with twins.

vomiting and short of breath and she passed out as she was being wheeled into an examination room. Medical staff tried to resuscitate her but, as became clear only later, a main artery feeding her lungs was clogged and the clog led to a massive heart attack. Stodghill’s obstetrician, Dr. Pelham Staples, who also happened to be the obstetrician on call for emergencies that night, never answered a page. His patient died at the hospital less than an hour after she arrived and her twins died in her womb.

That’s a tragic incident no matter what.  The husband files a wrongful death lawsuit.

should have made it to the hospital, his lawyers argued, or at least instructed the frantic emergency room staff to perform a caesarian-section. The procedure likely would not have saved the mother, a testifying expert said, but it may have saved the twins. 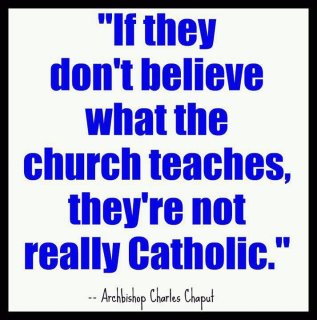 7 months old is very premature, but medical experts do believe that the life of the twins could have been saved here. The defendant here is the Catholic Health system. They are defending themselves, with a novel approach from the lawyers for the Catholic church:

they are arguing state law protects doctors from liability concerning unborn fetuses on grounds that those fetuses are not persons with legal rights.

The official argument, submitted by a Catholic hospital team of lawyers is that a 7month old fetus is NOT a person, and has no legal rights.

No abortions because life begins at conception……….unless a Catholic institution is liable.  Then personhood still hasn’t started at 7 months.