You just can’t please some people.

Parents of Encinitas Union School District in southern California are upset. The school is leading prayer, and they’re opposed to this kind of religious indoctrination. Rightly so!

On Tuesday, seven parents and a lawyer complained to the district’s trustees, claiming the program …. violates religious freedom.

Except in this case, it’s not the FFRF that’s providing the lawyer. It’s not the local atheist. Where does the issue come up then, if it’s not an atheist parent who doesn’t want school led prayer, who among the faithful is going to get upset that school prayer is occurring? 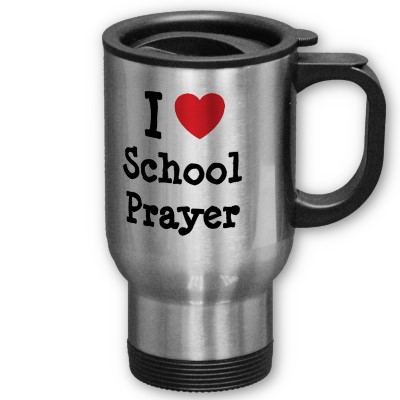 “Yoga practices and poses are not merely exercise; they’re religious practices,” said Marsha Qualls, who has a student at Olivenhain Pioneer Elementary School. She said the techniques were “a kind of prayer.”….Some parents have asked that their children be removed from the yoga classes rather than allow them “to be indoctrinated by this Hindu religious program,” ……“Because of this, you’re forcing me to segregate my children,” he said.

The horror. What’s that you say? You noticed that when your kids are different from the other kids, they get ostracized? Maybe ask a few atheist parents in school districts that love Jesus more than education how that feels.

District officials said there is no religion involved…..There are no religious aspects to the lessons……”We strip it of anything that seems remotely religious,….

The faithful finally have something that they feel is a prayer into schools, but scream because it’s not their “One True Faith (TM)” that’s being acknowledged.

January 8, 2013
Why else would you amputate your brother's hand?
Next Post