I’m a government shill for the Boston bombing false flag! 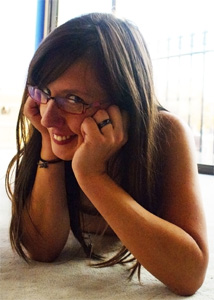 It started with a simple comment. While browsing Youtube videos, I came across one of the many videos claiming that the Boston bombing survivors who have had legs amputated were actors.

In the video, the narrator claims Adrianne Haslet-Davis and Heather Abbott (both lost their left legs below the knee in the bombing in nearly the same place I lost mine) were obviously frauds because, among other things, they were “sitting there like they have been doing this for years”

In the comments section, someone said:

I don’t know about amputee surgery but I would imagine it would take quite a while to get some sort of “centre of gravity” to sit that well on a bed or wheelchair??

Having gone through an amputation myself, I found this comment a little misguided, So I replied:

I’m an amputee, and it’s dead simple to sit in a bed or wheelchair after your amputation. It’s really nothing much to get used to.

I bet my friend five dollars that they’d soon declare I was a shill for the government. 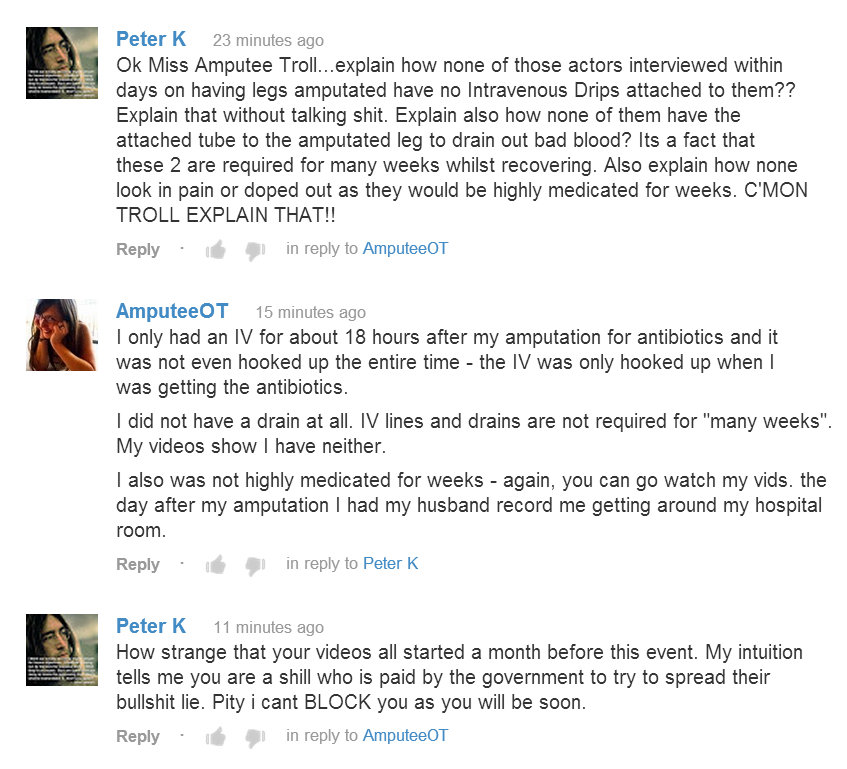 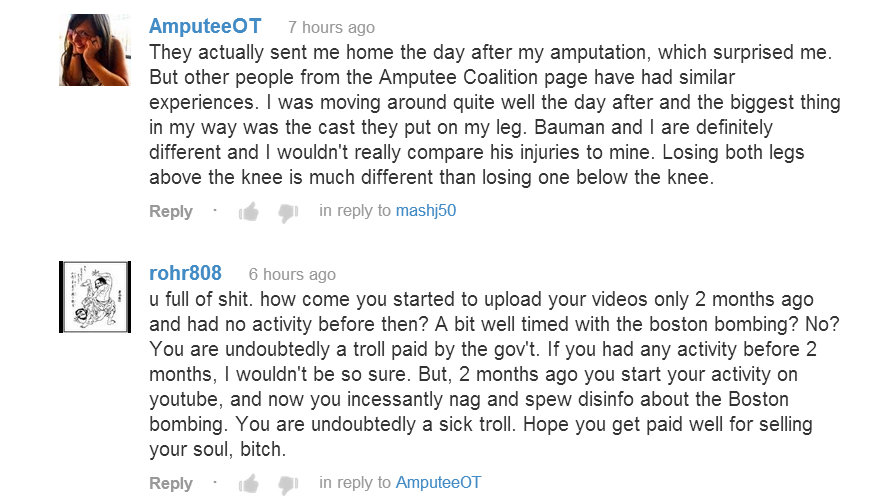 This kind of vile  hatred and conspiracy would be easy to brush off if it weren’t so pervasive in nearly every. single. article. on the Boston bombing. It bothers me that people are so willing to shit on the misfortune of others in order to craft a narrative in which they’ve discovered some deep and important secret about the world in which they live.

Any fact you present to them is simply twisted to support their preferred narrative. I suppose the government hired me back in December and is paying me shitloads of money to drop my car on my foot in January and then butter my foot with government MRSA and then literally watch it rot off the end of my leg so that government doctors can amputate my foot in February *takes a breath* in order for me to make a Youtube channel documenting my amputation for the purpose of convincing a few dudes in the comment section of Youtube that the actors who helped orchestrate the Boston bombing in April and forgot to add fake drains and hook up fake IV’s during their interviews didn’t actually need them. That makes perfect sense. I totally tricked you guys. I couldn’t trick those dudes in the comments section of Youtube though – they were too smart for me.

Don’t get me wrong – I am not actually feeling hurt or offended that a couple of dudes on Youtube called me a cunt and a bitch or accused me of being a government shill. I actually think it’s pretty funny.

May 20, 2013
Good reviews for musical about leaving faith.
Next Post

Nonreligious
The top 10 anti-Christian acts of 2013
What Would JT Do?

Nonreligious
RELEASE THE HOUNDS! It's the War on Christmas!
What Would JT Do?
TRENDING AT PATHEOS Nonreligious