Gov. Otter’s request for a stay on the Idaho gay marriage ruling is rejected – for the best possible reason!

Gov. Otter’s request for a stay on the Idaho gay marriage ruling is rejected – for the best possible reason! May 14, 2014 JT Eberhard

Gov. Otter had preemptively applied for a stay should Idaho’s gay marriage ban be ruled unconstitutional.  Otter said, with a tone of pride usually reserved for members of this “religion of humility” telling others how to comport themselves, that he would appeal this all the way to the Supreme Court!  Well, that request has just been denied.  You want to know on what grounds?  Wait for it, it’s too good!  Tee hee hee!

His request was denied because an appeal was unlikely to succeed:

Excuse me for a moment… 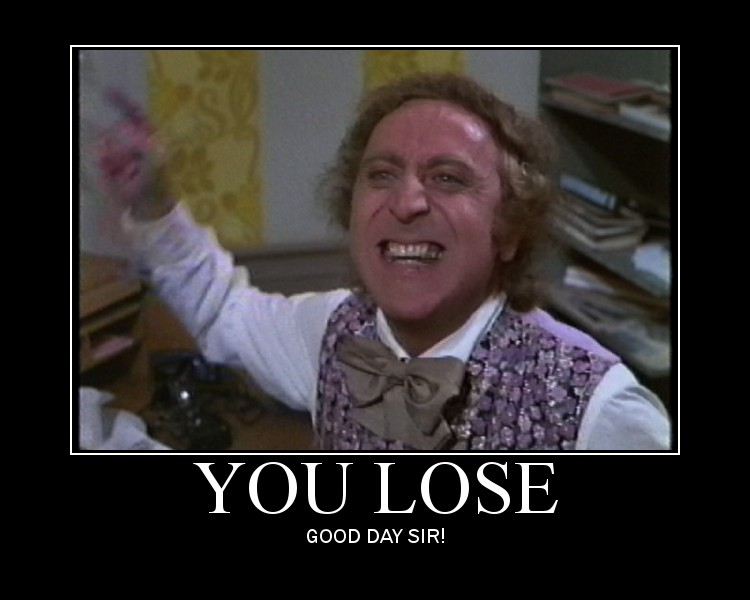 Yeah, take that to the Supreme Court, pal.

Get it through your heads: marriage equality is going to happen.  You can bite, kick, and cry and drag it out like a toddler who doesn’t want to go to bed, or you can grow up and start mitigating the damage to your religion’s reputation in the history books.

Of course, we all know which one you’ll choose.

May 14, 2014
Learn to debate: the power of tie-downs and how they could be used to make a corrupt mayor squirm.
Next Post

May 15, 2014 Your morning happiness: Community songs.
Recent Comments
0 | Leave a Comment
"Totally different pope. This post is nine years old."
William Holy fuck
"Meanwhile, the BBC proudly announces that the Pope will enlighten its UK audience with his ..."
Broga Holy fuck
"He was testing the new Church policy! Yeah, that's it..."
Raging Bee Holy fuck
"Is 7522 your prison number?"
Mourning Warbler Anti-gay side tells the SCOTUS we ..."
Browse Our Archives
get the latest from
Nonreligious
Sign up for our newsletter
POPULAR AT PATHEOS Nonreligious
1

Nonreligious
This morning the Oklahoma Supreme Court shot down...
What Would JT Do?

Nonreligious
Orlando mosque invited an Imam to speak who...
What Would JT Do?
TRENDING AT PATHEOS Nonreligious