I don’t think Answers in Genesis quite gets science Pt. 2 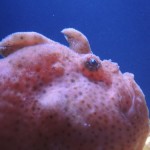 Previously, I managed to address one sentence of this article from Answers in Genesis.

We find that creationists often use the “correct” words – observation, testability, repeatability, falsifiability, etc – however, like the common layman confusion about the word “theory” as used in science, they often get the other words off-the-mark as well.

Hopefully, I did a decent job identifying exactly where the disconnects were, and to clarify them. I think that’s key to understanding the discussion, as creationism’s success largely relies on the ignorance of its audience. If one doesn’t understand what the words mean in science, the argument, “we haven’t observed one kind evolving into another, but people in the Bible observed miracles” can seem compelling. It’s insidious like that.

“Observation” was a great example. AiG puts the emphasis on the fact that people were seeing things, as opposed to science’s emphasis on empirical data collection, while the human factor is something that is painstakingly minimized.

Of course, the actual historical sciences, like the kind Richard Carrier practices, the procedure/process focuses on textual analysis, as opposed to the empirical analyses of the physical sciences. They’re not mutually exclusive. The Bible, for instance, can make claims that can be analyzed from a textual standpoint (whether certain events took place, based on the accounts of observers, identified authors’ writing styles, etc), as well as the physical sciences (i.e. whether it’s possible walk on water, or whether a cited event, like a volcanic eruption, happened). AiG would love for evolution to be placed squarely in the category of historical science, but we have no books for this – just the observable world.

Getting back to the article, we have the next sentence.

Therefore, we would state that you cannot “empirically prove” them [creationism and evolution].

“Prove”… right back to the opening thoughts. It’s another often misunderstood word. In science, we typically mean “demonstration beyond a reasonable doubt“. If something can enter a confidence of 95% or better, is that not good enough? Creationists, and often the regular layperson, often mean to prove something absolutely, which is alien in science (another thing in science they don’t get).

Evolution is demonstrated beyond a reasonable doubt… and then some. I largely explained why, in the previous part.

Both creationists and evolutionists have the same sets of data, the same evidence, and often the same techniques to examine their evidence.

First, no, we don’t have the same sets of data.  Often, creationists are oblivious to the data that exists. Our techniques are definitely not the same.

You realize what the author is trying to do here, right? Evolution is being cast as “just another opinion”, on the same level as creationism. Then, suddenly, at the end, they’ll pull out some bit of information that puts them ahead by a nose! Creationism wins!

Not all opinions, or even interpretations, are created equal. That’s the central problem here. Some models fit the observable universe better than others.

In fact, that’s the point of a scientific theory. It’s the simplest model that explains the most data, with the fewest assumptions, that can be used to make future predictions. That means that alternative explanations can be discernibly better or worse than others.

For example, evolution essentially operates on heredity – something well known and observed. After that, it’s a question of variations in that heredity, in a group, being filtered over generations. Creationism hinges on an unprecedented demonstrated laws-of-science violating universe-creating entity to somehow, magically, out of nothing, create life. One is using already established fact as its backbone, the other is using pure fantastical assumptions.

Not distant and mutually agreed assumptions – immediate and proximate assumptions. It’s the difference between assuming that the known chemistry behind combustion will remain consistent, when driving my truck, and assuming that some unknown, mysterious force that has yet to be identified or confirmed, is responsible for the truck running.

Theories/models (if we were to grant that creationism is a theory) that are concordant with the preponderance of evidence are preferred over those that aren’t. Guess which option isn’t. In fact, later in the article, they provide an excellent, vaporizingly brilliant example of how creationism is so disconnected from reality.

They are not equal.

The different conclusions, therefore, must be based on presuppositions (or worldviews).

Here’s the pivot point of their argument – if everything else is supposedly equal, by golly, we must just be making different assumptions… and those are just opinion. That’s not what’s happening, though.

I’m sorry, but… what?  Why don’t we just go ahead, look at an ice cream cone, guesstimate that it’s less than 5 minutes old, so therefore, the universe cannot be any older?

Incidentally, shouldn’t the “creationist astronomer” be concluding the comet is 6 to 10 thousand years old? Or are we talk about old-earth creationists? Does Ham know about these people?

A cosmic evolutionary astronomer sees the same thing but concludes there must be a constant source of comets, because he believes the universe is 13.7 billion years old.

Using empirical evidence, we discover things about the universe that indicate that it’s 13.7 billion years old. The author is at least partially right that, once that’s established as true, combined with the observations that comets don’t have great lifespans, that we may have a constant source of comets – the Ort cloud, something that, as far as I know, is yet to be confirmed.

We use Uranium-Lead dating on meteors, which would have been present since the formation of the solar system (otherwise, it’d be part of a planet/moon/star by now).  Read more here if you’re interested in how we calculate the age of the universe.

This above statement from the article is right… but horribly missing the “being concordant with the preponderance of evidence” bit… whereas, the creationist either dismisses established science at will, or ignores that it exists.

In my next post, I’ll look at the next statements, where what I mean fully “comes to light”.

There’s one thing I’ll concede. I am making an assumption. I am assuming that nature is consistent – that, unless some external factor is applied to something, it’s reasonable to expect it to continue in its current state. Hell, most of the laws of physics, like the first law of motion (“An object at rest will remain at rest unless acted on by an unbalanced force. An object in motion continues in motion with the same speed and in the same direction unless acted upon by an unbalanced force.“), or the 2nd law of thermodynamics (closed systems trending towards disorder), would be invalidated if this were not true.

Am I remembering right that Ken Ham stated we’re borrowing this notion from the Christian worldview, in the debate? Okay… at least I’m consistently applying it, unlike those who think it comes from them.

Nonreligious
Bill in Mississippi would permit the teaching of...
What Would JT Do?
TRENDING AT PATHEOS Nonreligious