WSJ editor: We shouldn’t increase the minimum wage because those workers learn from poverty.

The projected winner in this year’s asshole Olympics is Paul Gigot who, from the gilded halls of his mansion, insists that poverty is something minimum wage workers can learn from.

Wall Street Journal Editor Paul Gigot argued on Sunday that the minimum wage should be kept low because it would teach workers that they did not want to work low-wage jobs.

It’s not that he likes that minimum wage workers can barely afford groceries, you see, he’s just looking out for them in other ways – through all the things they can learn from poverty like how much it sucks to be hungry, how hard the decision of whether to fix the car or to see a doctor can be, and how to explain to your children why Santa didn’t bring as much this year.  Thanks, Paul.  You’re a friend.  If only someone had the heart to do the same for you.

“I think what [Mayor Ed Murray] is going to find out is he’s pricing a bunch of people out of the labor market,” Gigot opined. “Particularly the young, the least skilled, teenagers, people who want to go in and gen in on that basic, bottom rung of the economic latter and move up.”

Yes, if we pay people $15/hour they won’t want to work another job that pays $15/hour.  What, exactly, is the problem with this?

But it’s ok, because Paul worked a minimum wage job when he was a teenager:

“Look, I worked for the minimum wage,” he explained. “Two bucks an hour back in the 1970s. I had jobs that — what did I learn? I learned to show up on time, I learned certain skills, and I learned I didn’t want to make the rest of my life so I better get an education.”

I see.  You know what people might be able to afford if they made $15/hour?  A better education.

Paul Gigot was born in 1955 according to his wikipedia entry, which means he was probably a teenager working minimum wage.  Try doing it when you have car payments, rent, insurance, groceries, and other responsibilities to pay for, like 90% of the minimum wage worker nowadays do:

The Nation‘s Katrina Vanden Heuvel pointed out that only one out of 10 minimum wage workers were teenagers in today’s economy.

What’s more, even if you don’t factor in any productivity gains since the 1970s, Paul Gigot’s minimum wage of $2 adjusted for inflation is closing in on $10/hour, far less on scale than Gigot made as a teen:

According to the Dept. of Labor and the Bureau of Labor Statistics, the 1974 minimum wage of $2 an hour would be worth $9.62 in 2014 when adjusted for inflation.

Like someone at a banquet lecturing the starving about how good they have it.  What an asshole. 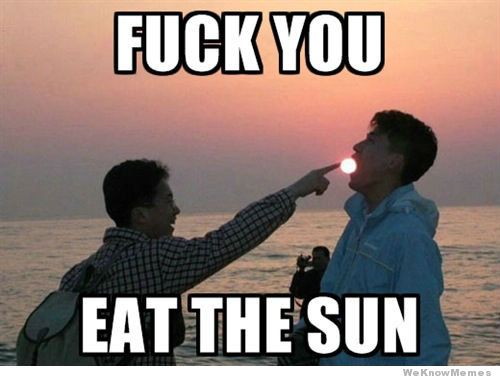 “First Moments in Heaven” — When...
Godzooks: The Faith in Facts Blog
Related posts from What Would JT Do?