Why Sunday (or whatever day) gatherings for atheists are awesome.

In a few hours I will once again attend KC Oasis.  They meet every Sunday morning.  There’s music, donuts, people telling their stories about leaving religion, a message (last week it was an Egyptologist talking about King Tut), and hanging out with like-minded people.  And shit ain’t free, so they even pass a basket at the end of the meeting.

So I guess I shouldn’t be surprised when a friend told me tonight that she doesn’t like going because it’s too much like church.  I’ve heard this from other atheists.  Personally, it perplexes me.  I associate church with believing things for shitty reasons, not with music.  The fact that this attitude exists in atheists demonstrates that even in the minds of some/many unbelievers “church” is associated with a bunch of secular things like music, camaraderie, communal food, and asking for money to cover expenses (that don’t include threatening other people with hell).

That’s unacceptable (not that people feel this way, but that religion has done this), and it serves religion very well if it can effectively take the credit for these very pleasant portions of our humanity without us catching wise.  I think that’s why atheist gatherings like KC Oasis are so vital: they help us to psychologically reclaim things, like gathering in fellowship and music, from churches.  I’m ok with religions having the exclusive deeds to faith.  I’m not prepared to let them have music, congregating with similar people, and tasty group noms one morning every week.  Those things belong to humankind, and they deserve more than religion using them as a Trojan Horse to sneak in faith as a comparable virtue.

The point is that religious people also eat pizza, drink water, and breath oxygen, but nobody eschews these activities for that reason.  What makes religion unique is the dogma and batty ideas, not giving a bunch of your friends hugs on Sunday morning.

These groups also give newly ex-religious people a place to relocate.  If you think there are no atheists in church pews, you are as mistaken as those who say there are no atheists in fox holes.  Because this myth of religion having the rights to weekly gatherings exists, many new atheists aren’t aware that communities abide for non-believers.  Often the recently-free-of-faith worry of living with no social network.  They worry that their children will be unable to make new friends if they don’t keep up the charade.  As much as I love convincing people god doesn’t exist, that’s often not enough to get them out of church.  They need a place to land, and the more people attend groups like KC Oasis, the more clear it will be that such colonies exist.

So if a group like this meets in your area (I know an Oasis exists in Houston) and you don’t attend because of the icky “church” feeling, consider for a moment if church has subliminally convinced you that some very wonderful, secular practices belong to the religious.  If you conclude that this is the case, consider even further that attending an atheist meeting could be the first step in taking them back. 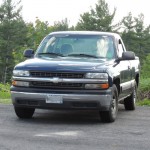 Hitler and Trump: comparisons being made...
The Freethinker
Related posts from What Would JT Do?