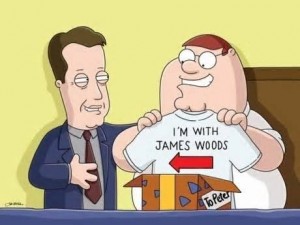 Most press releases that hit my inbox are dull and boring, even if they sometimes convey important information.  But this one made me smile and I just had to share it.  Seems a few anti-abortion groups encouraged people to write letters to James Woods who is running for the House in Arizona.  In their letters they asked Woods to oppose abortion rights.  His response was just wonderful:

In response to a handful of form letters sent to the Woods for Congress campaign by local anti-abortion advocates, James Woods is mailing back gifts that are proven to quickly and effectively reduce unintended pregnancy and abortion: condoms.

“A national anti-abortion organization had a few local constituents write to me asking me to stand in between women and personal private medical decisions,” says Woods, a progressive Democrat running against Representative Matt Salmon in Arizona’s CD5. “I’m not willing to do that. But I am willing to support policies that both protect women’s autonomy and reduce unintended pregnancies and abortions.”

Woods says he will support proven pro-woman, pro-family initiatives such as those that expand publicly supported family planning services, which currently prevent 1.3 million pregnancies per year. He also favors stronger government empowerment programs for low-income women and their children, as well as comprehensive sex education in K-12 schools.

Wait, he wants to do things that are proven to work???  Pfft, why would we ever want to elect that guy?

You know the ironic thing?  If he had written back to say he won’t vote against a woman’s right to control her own body, but that he’d pray about it (i.e., do something that won’t make a god damn bit of difference), he might’ve gained some traction with those people.  Instead he wrote back to say that he supports doing something that’s actually proven to reduce the number of abortions while not giving an unthinking clump of cells ownership of a cognizant adult’s body.  And doing the thing that actually works to mitigate abortions will likely cost him with those voters.

He also could’ve scored political capital if he’d just told these people he’d pray (and then, of course, never done so just like pretty much every other politician), but Woods treated his potential future constituents with respect.  I doubt Woods will get much credit from them for doing what was right rather than what was easy, but he sure gets a shit load of respect from me.

This is why I’m glad I’m not in politics.

And holy shit, they’re branded and you can even get some if you contribute to his campaign! 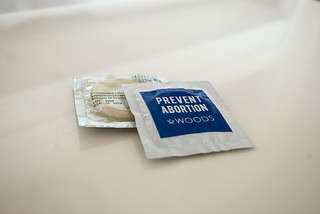 Condoms save lives, prevent unintended pregnancies and defend against STIs. Stand with James Woods for Congress in promoting sexually healthy and responsible communities!

I’m not one for rituals and hokey ceremonies, but you just tell me how many candles I have to light under what phase of the moon to get this guy elected and I’ll at least try it.

August 20, 2014 That name is already in use.
Recent Comments
0 | Leave a Comment
Browse Our Archives
get the latest from
Nonreligious
Sign up for our newsletter
POPULAR AT PATHEOS Nonreligious
1

Christians Worship A False Idol
A Tippling Philosopher
Related posts from What Would JT Do?