My education is in music and my expertise is in debate, but there are so many things and areas where, at best, I’m a well-informed layman.  So I bring in experts like Anne Orsi (a lawyer who occasionally blogs on legal stuffs) or Christina Stephens to blog on science.

Which leads me to an exciting announcement!  I want to cover atheism in the military more, but often I just don’t feel informed enough to comment.  For those who don’t know Kathleen Johnson, she is Vice President of American Atheists and previously held the position of Military Director for American Atheists where, as you might have guessed, she assisted the military population and engaged in military-related activism.  The other day she contacted me about rebutting a piece by Todd Starnes on the blog.  Of course I welcomed it, but then I took it a step further and asked her to join as a contributor.  She acquiesced.

So hopefully in the future fewer military stories will fall through the cracks here. 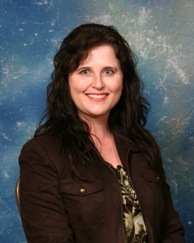 A recent piece by Todd Starnes, widely known as one of Fox News’ biggest proponents of their delusional Christian-persecution complex, claims victory concerning a recent decision to return Bibles to a set of Navy base lodges after the Freedom from Religion Foundation successfully petitioned to have the Bibles removed.  Here’s what Starnes had to say:

“A Navy spokesman confirms that Bibles will be returned to base lodges, and they’ve also launched an investigation to determine why God’s Word was removed from guest rooms in the first place.”

Here’s what the Navy leadership may actually have said (quoted from Starnes’ own article):

“In June 2014, Navy Exchange Command (NEXCOM) made a decision, without consultation of senior Navy leadership, to transfer religious materials from the Navy Lodge to the local command religious program. That decision and our religious accommodation policies with regard to the placement of religious materials are under review.”

According to Starnes, the written correspondence from the Navy, which I have not personally seen, states the Bibles will be returned to the lodges during the review process.

Does that sound like an “investigation” to find out why “God’s Word was removed in the first place?”  Does that sound like Navy officials are accusing anyone of doing anything wrong or illegal?  Of course not, except in the delusional version of reality that Starnes and his friends live in.

Naturally I wish the Navy had simply left the Bibles out of the rooms while they consider the matter, but the fact that the Navy returned the bibles during the review in no way states or implies that this matter is final.

“Tim Wildmon, of the American Family Association, called the Navy’s decision great news. He said thousands of their supporters contacted the Navy to protest the removal. We must be alert to what the secularists are doing inside the military,” he told me. “But this reversal proves that those who believe in religious freedom can make a difference when we take action.”

I’m pretty certain the claim that “thousands” of supporters contacted the Navy to complain is baloney. But that aside, note how the tone turns to an attack on military secularists in general.  I have news for you, Mr. Wildmon – secularists (and also those of minority faiths) are doing nothing inside the military except serve with the same honor and distinction as our Christian counterparts, only we are doing with constant pressure to publicly conform to the Christian faith through forced participation in Christian activities and sometimes even enduring outright harassment from our Christian supervisors.  The religious freedom problem in today’s military isn’t Christian persecution and never has been; it is the assertion of Christian privilege.

Here is more from the nutty, delusional peanut gallery, according to Starnes:

“Ron Crews, the executive director of the Chaplain Alliance for Religious Liberty, said he was overwhelmed with calls from active duty and retired Navy personnel who were livid that Navy Exchange pulled the Good Book.”

“I am most grateful that the Navy has decided to keep Bibles in their lodges and guest quarters while they review this policy,” he said. “It is my sincere hope that Navy leaders will realize that there is nothing wrong with allowing religious literature to be placed in these rooms.”

Obviously the correct position is for government facilities to be completely religiously neutral and for guests in these facilities to bring their own choice of religious materials with them and take them when they leave.  And also as obvious, what Mr. Crews means when he says “religious literature” is Christian literature because I’m certain he would be one of the voices speaking up in outrage if a non-Christian group requested their own holy books to be placed in these facilities under the same policy of religious freedom.

Now back to Starnes:

“I’m still puzzled how a Bible tucked away in a hotel desk could cause such angst among the godless crowd. Are they afraid they might learn something through osmosis?”

Of course he is puzzled and completely misses the point.  Starnes and his ilk are incapable of understanding the basic concept that when government agencies maintain religious neutrality, this is not only Constitutional, it is an essential element of ensuring everyone can freely practice their faith, including Christians.  But again, there is nothing in Starnes’ position that has anything to do with religious freedom; it’s completely about protecting Christian privilege.

Let’s engage in a thought experiment and replace the word “Bible” with “Koran”.

I’m still puzzled how a Koran tucked away in a hotel desk could cause such angst among the Christian crowd.  Are they afraid they might learn something from osmosis?

Can you imagine the outrage and vitriol that would pour forth from these people if this happened?  It would become clearer than it already is that these people are not interested in religious freedom.

If the final decision is to keep the Bibles in the rooms, I sincerely hope our non-Christian counterparts are paying attention and act.  It seems the only way to make some Christians understand the value of governmental religious neutrality is for religious minorities to assert their own rights. If religious materials can indeed be placed in these facilities, that means all religious materials have to be accepted, not just the ones pertaining to the privileged group.

“Religious liberty is under attack – and the atheists are specifically targeting Christians.”

No, we absolutely are not.  What we are rightly targeting is Christian privilege.

Starnes then goes on to define his delusional Christian-persecution industry associates as “patriots” who “righted a wrong”.

No, Mr. Starnes, you and your ilk are anything but patriots and while there is indeed wrongdoing taking place here, it’s not by us.