A friend of my mother’s posted this article by the perpetually paranoid Todd Starnes.  Just the first sentence should give you a feel for the drama and fear Starnes is once again trying to stir:

The American Humanist Association (AHA) is about to learn a very important lesson — folks around Gainesville, Georgia don’t take kindly to out-of-town atheists trying to bully their children.

Holy shit!  Are atheists going into a town to bully kids?

Of course not.  The football coaches at the school were inserting Christianity into practices and leading the students in explicitly Christian prayer and the AHA told them that’s against the law and needs to stop.  The children can pray anytime they like until their hearts are content, but the coach can no more use the government institution of a public school to preference Christianity as he can Islam.  That’s not the job of the school, and it’s not the role of the government.  In reality the coach is the bully – he’s the one making any non-Christians on the team feel like outsiders, and it’s the AHA stopping him.

It is the dream of every bully to be viewed as the hero, but this coach ain’t.  He’s the bad guy, but tell that to the Christians who think members of their particular faith in positions of authority should be able to apply pressure to kids to engage in particular religious practices.

My mother proceeded to rebut the article on her friend’s facebook page.  And the best part?  Her friend “liked” her rebuttal.  We get through to people when we discuss these things.  Even if we don’t get through to all of them, we get through to some. 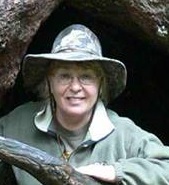 Yes, the AHA wrote the letter. Some of them are atheist, some are not. “Humanism encompasses a variety of nontheistic views (atheism, agnosticism, rationalism, naturalism, secularism, and so forth) while adding the important element of a comprehensive worldview and set of ethical values – values that are grounded in the philosophy of the Enlightenment, informed by scientific knowledge, and driven by a desire to meet the needs of people in the here and now.” But, the word “atheist” is more inflammatory sounding, so the author uses that.

Next, the author uses the word “bullying”. Bullying is big right now. That word is much more inflammatory than saying “Stopping them from breaking the law”. So instead of saying the American Humanists sent them a letter asking them to conform to the letter of the law” it has become “atheists are bullying our kids” No one is bullying the kids. The kids can pray whenever and to whatever god they wish. Before a game they can bow their head and pray. They can pray between plays on the field. And so on, and so on. What cannot be done is for the state owned institution, the school, and its employees, teachers and coaches, to endorse one religion over any other. Established jurisprudence (law) is that when a coach LEADS THE PRAYER, he is endorsing one religion and is breaking the law.

This protects Christianity as well as other religious beliefs. If I wanted my child to say a Christian prayer and to see scripture on handouts he receives, I would send him to church. A church of my choosing. That is the place for religious instruction not the school. Likewise, as a Christian, you probably would not be thrilled with your child having to stand through a Muslim prayer and have the handouts covered with verses from the Koran, if one of the coaches was of that faith. Can you not see how having the state remain neutral protects all? Would you like someone to tell you or your child in this instance, “if you don’t like the Muslim prayer just stick your fingers in your ears”? As I said before this article is slanted and inflammatory. Phrases such as “the atheists apparently went undercover”, “The atheists breathlessly reported”…Serious? Is this a news story or a romance novel?

Then the author uses a list of phrases that move the goalposts, all to inflame. “Hands interlocked”, ” got upset because the team workout schedule included the words “, they want to “cleanse the school”, “back up and bring it”, “atheists truly believe that Christian football coaches who pray with there are religious extremists”. That is not what it is about at all. It is about neutrality. The author is using buzz words to cover up the fact he (and other Christians) are angry because they cannot use a state sponsored institution to endorse their particular religion. It doesn’t matter how many people think it is great, it doesn’t matter if you are the majority, you must abide by the law. This school official does not have “a backbone” he is irresponsible. He will burn up tons of funds better used for educational purposes to fight a fight he will not win. Religious liberty is not being attacked. You can worship however you please in one of the many churches across this country. Instead of accusing the Humanists of bullying, how about Christians stop crying because they cannot have the state endorse their religion over any other. No longer having self appointed special privilege is not persecution.

August 19, 2014
My birthday, my illness, and the gift of a reminder that my brain is not my friend right now.
Next Post

August 19, 2014 LGBT continue to face violence and murder in Uganda. Many going into hiding.
Recent Comments
0 | Leave a Comment
Browse Our Archives
get the latest from
Nonreligious
Sign up for our newsletter
POPULAR AT PATHEOS Nonreligious
1

Homeschooled Congressman Urged Conservatives to "Lightly...
Love, Joy, Feminism
Related posts from What Would JT Do?