The Bible has it Right on Slavery 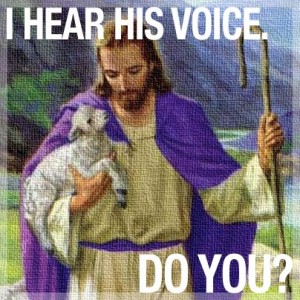 I intend on resuming my review of “The Holiness of God” probably next month, but I’ve been slammed with work in the short term, which has knocked me offline, for the most part.

I was listening to the latest Non-Prophets Episode (13.17), and towards the end, they were discussing a blog post by someone – “Ten Reasons the Bible Has It Right on Slavery“. They were a bit hastened to get through the list, but one item popped out at me that I wanted to comment on, and there’s a level of futility at yelling at a podcast.

He starts off early with a note:

… with the implication that he doesn’t condone slavery. Does he know the definition of “condone”?

It certainly sounds like he’s condoning it… and the author seems to incidentally argue this point as well.

There’s plenty of eye-twitching reasons the author provides, but I’ll focus on one in particular. A few touch on the same idea – even if the Bible had banned it, it wouldn’t have worked, emphasis mine:

Indeed (fifth), his way was much wiser than a simple call to abolition. Had he said, “No more slavery!” then people would have huddled in committees, drafting documents describing the fine line between what counts or doesn’t count as slavery. They would have congratulated themselves for staying on the thin edge of the not-quite-slavery line, while completely ignoring the weightier matters of true justice and love. This is exactly the error Jesus caught the Pharisees in (Matthew 23:23).

Sixth, his way was wise for another reason as well: he had no political power. Had he called for abolition, he would have been politically ignored and ineffectual; or if anyone had actually started a movement that gained the authorities’ attention, it would have been brutally crushed.

Seventh, slavery was also an economic system. It’s naive to think that a culture built on one system could just decide one day it was wrong and give it up for another. Jesus, Paul, and others were not so foolish as to think that slavery could be replaced in a day; but they did call for an immediate cease to abuse, mistreatment, lack of love, and other evils associated with slavery. This was economically and politically realistic in the short run, as well as being a bold and powerful move in the direction of justice. In the long run it led to changed hearts and the ending of slavery.

What’s notable to me, primarily, is that he’s framing this in terms of flat-out banning slavery and creating a movement. That’s not really the issue in my mind. If the Bible is a moral anchor-barometer, the fact that it condones rather than condemns slavery is telling.

The issue at its core isn’t even unprecedented. Do you know what else was outright banned in the Bible, but hasn’t worked? Pretty much any of the 10-commandments.

“Thou shalt not murder” also has people huddling in committees, drafting documents describing the fine line between what counts or doesn’t count as murder. In fact, that’s usually the response we get, when we point out that Christians are constantly killing people, such as during wars. “It says ‘don’t murder’, not ‘don’t kill’“, and thus, dropping bombs on terrorists doesn’t count, despite Jesus saying to turn the other cheek, etc, because “murder” is the unlawful killing of other people.

From what I’ve been told, the morals of the Bible are something to strive for. There was no delusion that putting something in the Bible automatically caused it to phase out of the space-time continuum. It was meant as a guide, and to improve society (not that I think its moral code is all that moral)… something for individuals to work towards.

Suppose that only one person, ever, is freed, because one Christian actually decided to listen to his/her Bible for a change, and free a slave. Is this one person’s freedom worth so little to God, that he couldn’t include that 3-word rule? Does he care so little? Is there a 783,137 word limit for the Bible, and they just managed to max it out?

Of course, I think Tom would try make the case that adding this phrase would actually increase slavery, somehow. That’s because he thinks Christianity historically has reduced slavery, wherever it spreads:

… where Christian influence has not prevailed, slavery has tended to continue, at least where economic conditions have permitted it. This provides after-the-fact confirmation that the Bible indeed got it right on slavery

Assuming for a moment that Christianity didn’t create one the largest slave trade economy in the planet’s history, wouldn’t that be an argument for additional anti-slavery sentiment in the Bible?

It’s alright, he has a solution to explain away Christianity’s contributions to slavery.

So it’s hardly any surprise, from a biblical perspective, that southern slaveholders co-opted Christianity as cover for the horrific evils they committed. Because the Bible is so uniformly clear on matters of love, oppression, and human worth, however, there’s no reason whatsoever to see their use of the Bible as anything other than cold-hearted distortion of Scripture for unscriptural ends.

Because new New Testament is so incontrovertibly clear on these things, they didn’t bother to mention anything about freeing slaves. Except…

“Slaves, obey your earthly masters with deep respect and fear.  Serve them sincerely as you would serve Christ.”  (Ephesians 6:5 NLT)

“Christians who are slaves should give their masters full respect so that the name of God and his teaching will not be shamed.  If your master is a Christian, that is no excuse for being disrespectful.  You should work all the harder because you are helping another believer by your efforts.  Teach these truths, Timothy, and encourage everyone to obey them.”  (1 Timothy 6:1-2 NLT)

Call Guinness. We have the world’s largest mental pretzel here, trying to explain away the Bible’s stance on slavery.

Nonreligious
Examining Biblical Prophecy - pt. 9 - Prophecies...
What Would JT Do?

Nonreligious
Examining Biblical Prophecy - pt. 8 - what...
What Would JT Do?

Nonreligious
Examining Biblical Prophecy - pt. 6 - comments
What Would JT Do?