Texas State Rep. Dan Flynn (R-02), filed a bill on Monday, the first day legislators could for the upcoming 84th Legislative Session, to keep schools from following the Constitution.

The bill, simply titled HB 138, is just a one sentence long addition to Chapter 11 of the Texas Education Code. It reads:

The board of trustees of an independent school district may not prohibit the posting of a copy of the Ten Commandments in a prominent location in a district classroom.

How ironic, since Rep. Flynn also sponsored a constitutional amendment today that “requires courts to refrain from involvement in religious doctrinal interpretation or application.”

Basically, Flynn is saying the government should not be involved with religion…unless it’s his religion…being forced into our public schools.

If this bill, or even the constitutional amendment, were to pass and be signed into law by our state’s newest governor in 14 years, and who knows what crazy and constitutionally questionable stuff might happen this session due to the most recent election, it would most certainly be challenged in Court and the Texas government would most certainly lose and Texas’ public school students would win.

In other news, Rep. Rafael Anchia (D-103) also filed a bill to end Texas’ ban on same-sex marriage. Woot! It won’t get anywhere in this legislature, but woot!

You can look at all the bills that were filed today on the Texas legislature’s website. 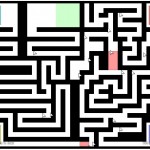 November 11, 2014 Mouse Cursor Morality
Recent Comments
0 | Leave a Comment
Browse Our Archives
get the latest from
Nonreligious
Sign up for our newsletter
POPULAR AT PATHEOS Nonreligious
1

Nicholas J. Ellingford Shoots His Own...
Laughing in Disbelief
Related posts from What Would JT Do?