We landed a probe on a comet!

I’ve been watching the live stream of the ESA team which, today, landed a probe on comet 67P!

Brace for action, comet-watchers! Today’s the day that the Rosetta craft successfully dropped the Philae robot lander on the surface of Comet 67P/Churyumov–Gerasimenko.

The Philae lander was even nice enough to tweet out its new address:

Yeah, human beings can do some horrible and stupid things.  But then sometimes we accomplish something like this!

The hope is that we will learn more about the formation of the solar system and various facts about water within our solar system.  There’s even the possibility that we may uncover new facts about the origin of life with this project.  The window for the mission now is about 25 years.  We will be using Philae to study this comet for twenty-five years.  How awesome is that?

I would say I wonder where prayer factored into the various equations and effort that made this possible, but that wold be a lie.  I don’t wonder that at all. 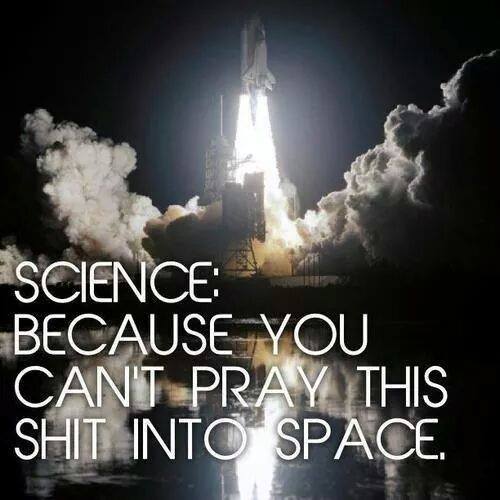 And this was not as simple as launching a rocket into space and calling it good, this took twelve freaking years of space travel and a wickedly-complicated trajectory to pull off:

This took human brilliance.  Left to the power of prayer, the probe would never have gotten off the ground.  Like every other problem that gets solved, this magnificent solution was achieved through human effort and a powerful combined intelligence.

Congratulations to the Rosetta Project and all the members of the team that made this happen.  Thanks to you we’ll soon be more knowledgeable as a species.  If you’re really curious about how the universe works, this is what it takes.  Believe it or not, it’s not as simple as saying “god did it.”  That’s how you maintain ignorance, not how you acquire knowledge.

November 12, 2014
Unitarian Universalist church in my hometown has windows shot out and threatening letter left. [UPDATED]
Next Post

Why Jesus-ing Harder Won't Bring Churchless...
Roll to Disbelieve
Related posts from What Would JT Do?