The City Council of Kennesaw recently approved a request from a Christian church to rent city space for their church services.  However, when a Muslim group made the exact same request, the result was conspicuously different:

It was just this past July when the City Council approved a request from a Christian church to rent space in a small retail center in Kennesaw for their worship services.

Councilmember Cris Eaton-Welsh made the motion to approve the Muslim’s request to do the same, but the other four members refused, silently, without debate — and without comment afterwards.

Look, I don’t like Islam.  It’s chock full of horrid ideas and is one of the most prevalent catalysts for senseless violence on planet earth.  However, I love religious liberty and equality, and if you’re going to let Christians rent city space, you have no choice but to do the same for Muslims.  It’s the ethically and legally right thing to do.

So then the City Council thought about dumping a load of impositions on the Muslims after they lawyered up:

Anti-Islamic demonstrators outside of Kennesaw City Hall made it clear that they believe an Islamic worship center is not welcome in Kennesaw.

The local Islamic group wanting to rent the retail space for their worship center agreed to every limitation that the Kennesaw city attorney wanted to impose, including a two-year only lease, no more than 80 worshipers allowed at a time and no more than 40 parking spaces could be used at a time.

No, you can’t do that either unless you burden the Christians with similar rules, which you’ve not done.

THIS IS WHY CHURCH AND STATE MUST REMAIN SEPARATE!  It’s so minority religions don’t receive unfair treatment from the government’s favorite religion.  Religious liberty, contrary to how many fundamentalists use the phrase (when they use it it tends to mean Christians getting to do whatever they damn well please), means members of one religion are just as free and able to practice their faith as members of another.  If Muslims are being limited while Christians are not, that ain’t religious liberty.

The attorney for the Muslim group, Doug Dillard, said they may sue the city in federal court. He said that in similar fights across Metro Atlanta, he has reached out-of-court settlements after suing the local governments. The cases never went to trial; the two sides ultimately reached a compromise.

The demonstrators are hoping that the city will continue to fight the Muslims’ efforts to hold worship services in Kennesaw.

Good!  I hope he does sue the city.  The city has certainly invited the lawsuit.

And yes, the demonstrators will keep demanding that Muslims be kept out while Christians be given every privilege.  That’s exactly why the guarantees of equality were put into the Constitution, because this has been the tack of every majority religion in human history – and America was to have none of it.  It is the duty of our elected officials to maintain equality for all, even if the people yearn for prejudice.  Indeed, if the citizenry could be relied upon to treat everybody equally, those protections would be superfluous.  But people cannot be so relied upon, and so protections against the tyranny of the majority are necessary.

That’s right fundamentalist denizens of the South.  Guarantees of equality exist to protect people from you, as you are the threat to equality.

December 2, 2014
Canadian family keeps the corpse of a loved one six months believing in resurrection.
Next Post 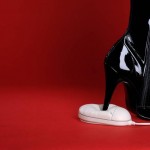 'Joseph Masturbated In The Corner, Too'...
Laughing in Disbelief
Related posts from What Would JT Do?