This is why I’m content to just be catholicly evil. It’s a mostly meaningless distinction, useful only for determining whether or not a person tries to follow the catholic rules. Like many other words, it means something very different when used in a religious context as opposed to a normal context. So sure, whatever, I’m evil.

That is just lovely.  The mark of having an awesome reader base is when they frequently say more insightful things than I do.  I love my readers. 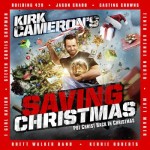 Sam Harris Slams Joe Rogan Over...
Laughing in Disbelief
Related posts from What Would JT Do?